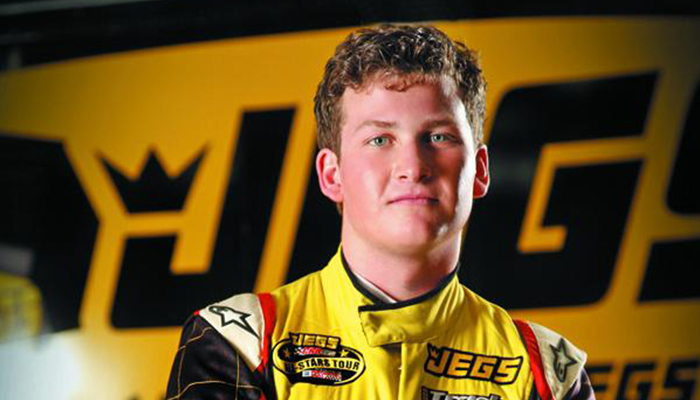 Down for a Debut
Eighteen-year-old Joe Gibbs Racing Development Driver Cody Coughlin will make his ARCA Racing Series presented by Menards debut in the ARCA Mobile 200.  Coughlin will be piloting the No. 55 JEGS.com Toyota for Venturini Motorsports.  In addition to his ARCA debut, it will be his first race at Mobile International Speedway.  Coughlin did have a successful test at Mobile last week, however.  Longtime ARCA crew chief Jeff McClure will call the shots atop the Venturini Motorsports pit box for Coughlin.

First of Many
The ARCA Mobile 200 kicks off Coughlin's ­12–race ARCA Racing Series schedule in 2014.  After Mobile, his next run behind the wheel of the Venturini Motorsports No. 55 will come on April 27 at Salem Speedway in Indiana.  Coughlin will also compete in the ARCA events at Toledo Speedway (May 18), Pocono Raceway (June 7 and August 1), Michigan International Speedway (June 13), Winchester Speedway (July 6), Chicagoland Speedway (July 19), Lucas Oil Raceway (July 25), Salem (September 13), Kentucky Speedway (September 19) and Kansas Speedway (October 3).

TV Time
Coughlin announced his status as a Joe Gibbs Racing development driver and his affiliation with Venturini Motorsports in a televised appearance on the nationally-broadcasted "NASCAR Race Hub" program on FOX Sports 1.  Coughlin, along with JGR President J.D. Gibbs, joined hosts Steve Byrnes, Bob Dillner and Danielle Trotta and made his plans for the 2014 season with Joe Gibbs Racing and Venturini Motorsports known.

The Champ
Coughlin enters the 2014 racing season off a championship in the JEGS/CRA All-Stars Late Model Tour last season.  Coughlin and his Team JEGS No. 1 car picked up two victories on the JEGS/CRA tour (Salem Speedway (IN) and Dixie Motor Speedway (MI)) and two poles (Dixie and Lucas Oil Raceway (IN)).  Coughliln is a three-year veteran of the Late Model ranks.  He was the 2011 Howie Lettow Memorial Rookie of the Year in the JEGS/CRA All-Stars Tour.  In addition to his two tour wins, Coughlin also earned a victory in the famed World Series of Asphalt Stock Car Racing at Florida's New Smyrna Speedway in February of 2013 and was the fast qualifier at the historic Fairgrounds Speedway Nashville (TN) in 2013.

Rockin' Out
Coughlin declares his iPod as "about as diverse as anyone could have," noting that he has everything from Christian rock, to classical and hard rock.  While Mobile, Alabama is the home of country supergroup "The Band Perry," Coughlin admits to not being much of a country music fan.  When he gets ready to fire up his No. 55 Toyota this weekend, Coughlin says he'll likely be listening to songs from the rock band Volbeat to get pumped up for action.