Prior success has Jeg Coughlin Jr. pumped for Chicago 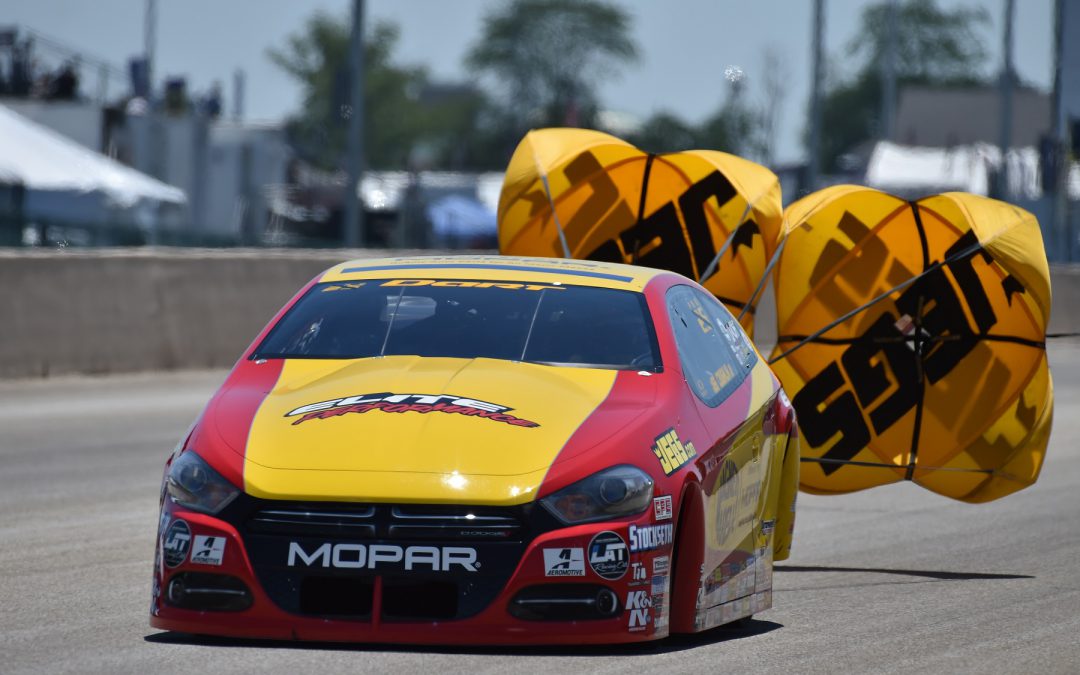 JOLIET, Ill. (July 7) – At the top of the professional win list for Route 66 Raceway, site of this weekend's K&N Route 66 NHRA Nationals, are two of the best in NHRA Mello Yello Drag Racing Series history.

Coughlin, for one, would love to add to those totals as he races the Magneti Marelli offered by Mopar/JEGS.com Dodge Dart this weekend.

"Bottom line, any time you can return to a track where you've done well – and in this case hold a record – is very cool," said Coughlin, who won in Chicago in 2013, 2009, 2007, 2003 and 2002. "It's flattering to look back and reflect on the success at Route 66 Raceway is really cool. We've had a lot of great memories and would love nothing more than to make some new memories there."

Coughlin and his Elite Motorsports team have struggled in 2016, but progress continues to be made.

"We feel like we've started to turn a corner a little bit on our performance," Coughlin said. "We look for better things to come starting with Q1 and continuing all the way through the end of the weekend."

"We've done a lot of Sportsman racing in our career – and still do," Coughlin said. "I really enjoy it, and whenever I feel like I need a tuneup in my driving, I go back and do some bracket racing or some Lucas Oil Series racing. Those guys knock you right back into shape.

"There are so many good racers at that level, and it's always fun to race with them. If I'm ever struggling behind the wheel of the Pro Stock car, we'll go out and try to hit a few Sportsman events. That usually gets the competitive juices going."

And it's an important event for JEGS High Performance, the company Coughlin runs with his three brothers.

"That's an event near and dear to our hearts as past competitors and now partners of," Coughlin said. "We're proud to be a part of it, and we work hard to make the event the best in can be for the best of the best in Sportsman racing."