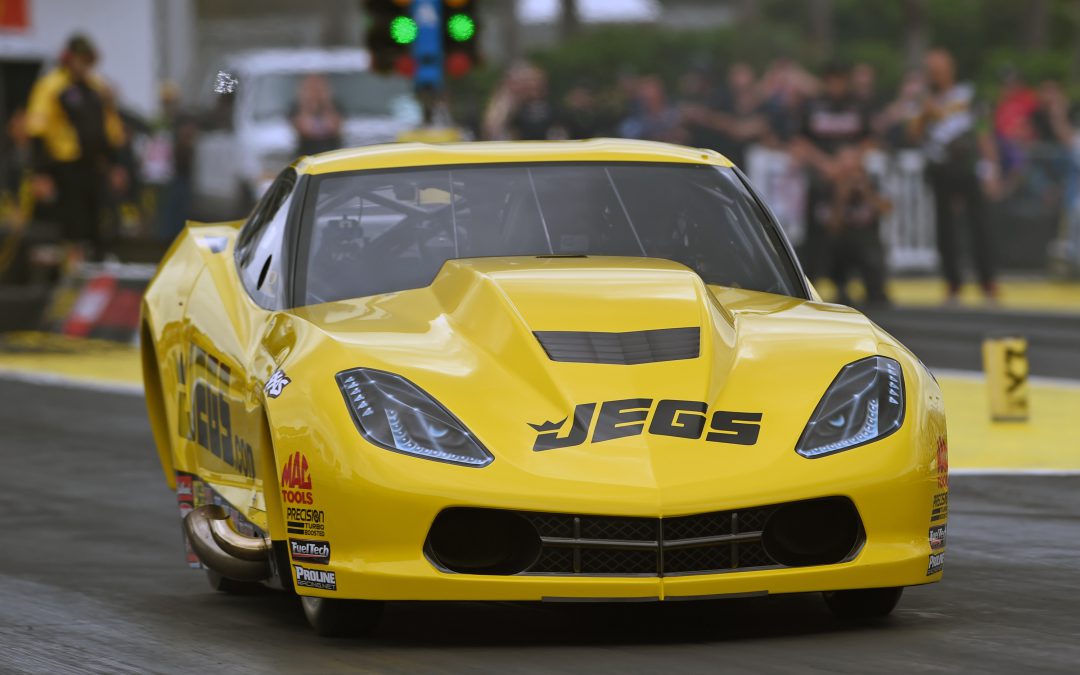 Coughlin qualified No. 7 and made one of the quickest passes in the first round of eliminations, but he lost against a .003-second reaction time.

"We've made some decent runs here, and we tested pretty good in the off-season and made good strides," Coughlin said. "We had a good race, but the guy was .003 on the Tree, and that's what you've got to be to win."

"We weren't far behind, but we were enough behind to get beat by the difference between the .82 and the .87," Coughlin said. "We've just got to get off the starting line a little better. That's racing."

Coughlin, though, know his team is capable of rallying, just like it has done in the past. Led by talented crew chief Steve Petty, the JEGS.com team of Mike Rees, Justin Beaver and Kyle Pettis helped Coughlin make improvement through the three rounds of qualifying in Gainesville.

He made a top qualifying pass of 5.870 seconds at 255.24 mph, and then went even quicker in the first round. That kind of improvement bodes well for a long Pro Mod season.

"In 2012, we got beat in the first round here, I think, and we still accumulated enough points to win a championship," Coughlin said. "There's a lot of racing left, and we've got a good hot rod, got a good team. These guys work hard, I work hard. The other guy had a little better Tree, but we'll keep kicking it."