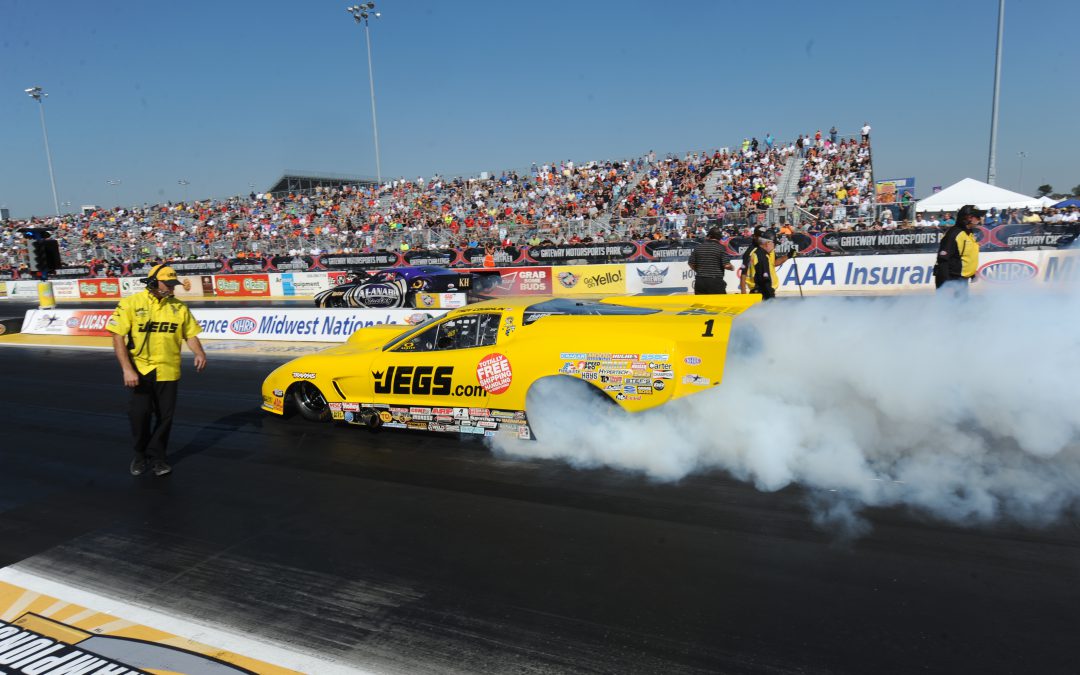 Coughlin and crew successfully earned a top-half berth in the 16-car elimination field and logged a first-round victory over Mike Janis Saturday before falling to top qualifier Jim Laurita in the second session. Coughlin did all he could as a driver, leaving on Laurita with a massive .047-second reaction time advantage. But his run ended shortly after passing the Christmas Tree when his hot rod over-powered the racetrack.

"The car's definitely better than it's been," Coughlin said, "but we've still got some work to do to it before it's 100-percent reliable.

"One of the big goals for the weekend was getting it to go straight and it's doing that now, and really charging pretty hard. The numbers we ran (against Laurita) looked pretty good down low, but it started spinning and shaking. At that point, I could see him going around, so I just let off.

"I didn't want to tear the car up. When you shake the tires or wheel-hop this thing, it tears the body off if it and usually puts cracks in the exhaust system. It wasn't worth fighting it for a race I probably wasn't going to win any way. It's just one of those things."

With the loss and a runner-up finish by points leader Rickie Smith, Coughlin can no longer hope to defend his 2012 title. The Pro Mod class has just one race remaining on the season, Oct. 25-27, at The Strip at Las Vegas Motor Speedway.

"We'll make a couple test laps before we go to Vegas," Coughlin said. "We'll try to finish the project and close the year out on a high note. Steve (Petty, crew chief) did a good job getting the car to go straight and making it happier. We just need a couple more runs to get her dialed in."