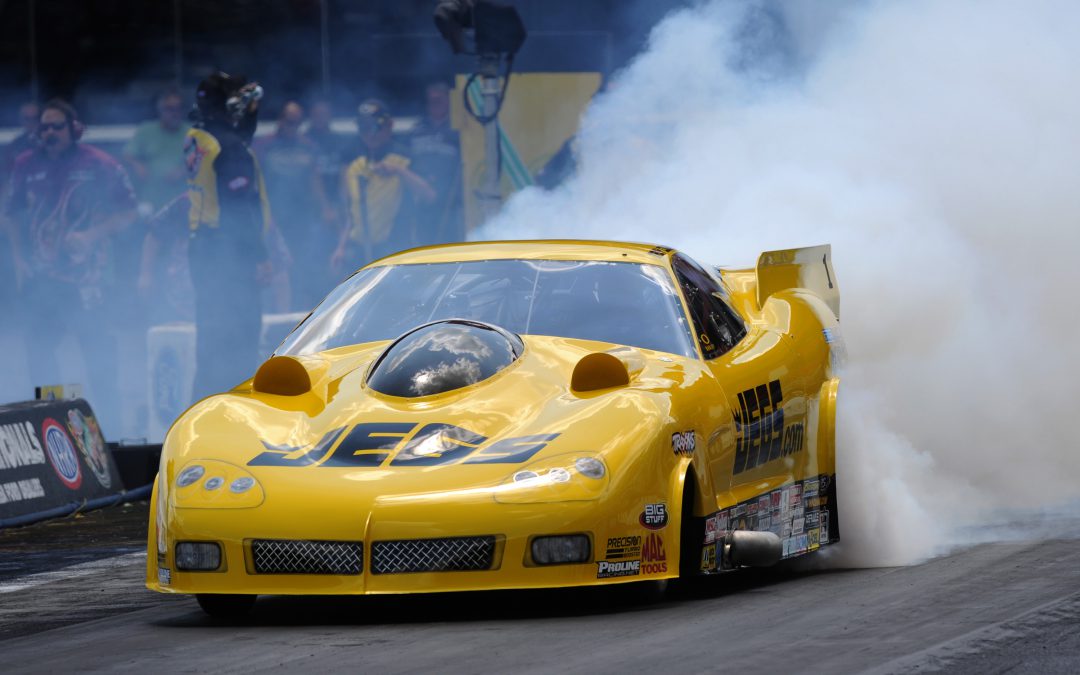 BRISTOL, Tenn. (June 15) — Reigning Pro Mod champion Troy Coughlin rebounded nicely from a dubious start to the Ford NHRA Thunder Valley Nationals with a couple of big runs Saturday at Bristol Dragway, including one that earned him an elimination-round victory over the always-tough Mike Knowles.

After struggling through Friday's opening two rounds of qualifying — overpowering the track on one pass and breaking a transmission on another — Coughlin was at the bottom of the provisional ladder heading into Saturday afternoon's final time trial. But the savvy veteran and his Steve Petty-led crew responded to the pressure, logging an impressive 6.023 at 246.30 mph to jump all the way up to the No. 4 qualifying slot.

"It was a big relief to go out here and do that in Q3," Coughlin said. "We weren't really panicking but you always hope for a better start to a race weekend so that you don't have to sweat it out late like that.

"Steve and the guys came through for us and the car just went straight down the track with that 6.02. I believe it was the second quickest run of the session and it certainly improved our lot for the first round of eliminations."

Unlike the other pro categories, Pro Mod conducts its first round of sudden-death eliminations Saturday evening so Coughlin didn't have long to wait to see if his Q3 pass was the real deal or a fluke.

"Mike had his best lap of the weekend against us so he certainly kept us honest," Coughlin said of Knowles. "I tell you, that first round is always nerve wracking. No one wants to go home on Saturday night."

When racing resumes, Coughlin will face Mike Janis, who got a gift win in Round 1 when opponent Chip King broke during his burnout and was unable to continue. Janis then went out and smoked his tires at the hit of the throttle, winning with a coasting 14.643 at 68.29 mph. Coughlin will therefore have lane choice when they race.

"A little luck never hurts and we'll take whatever advantage we can get," Coughlin said. "We just need to keep pecking away at this thing and we should be alright."