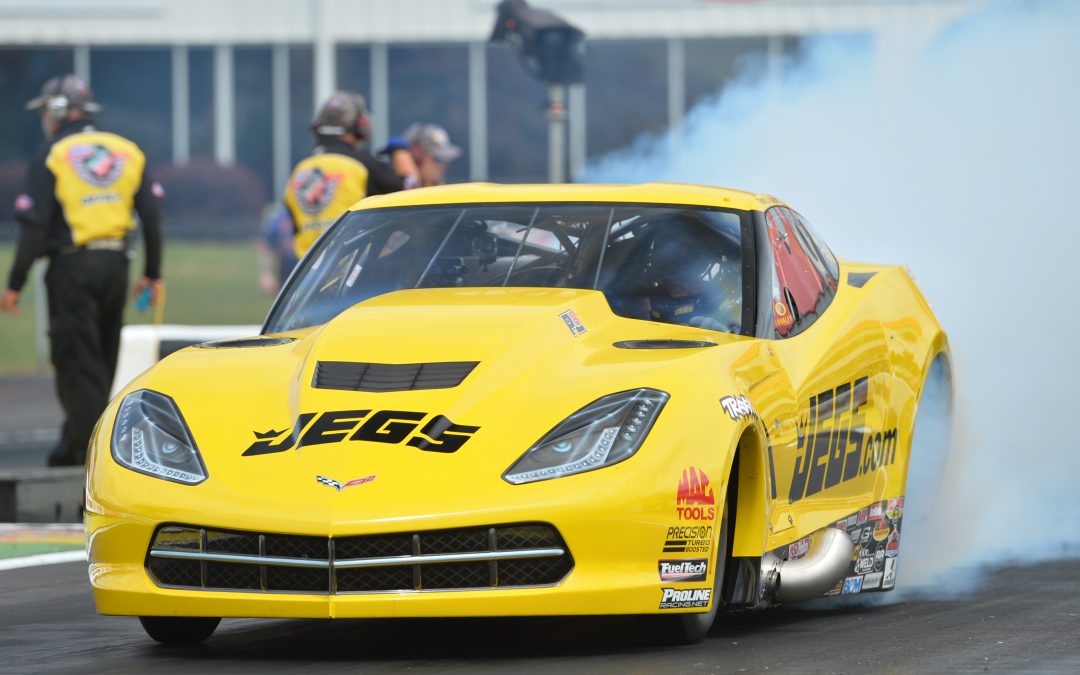 Coughlin, who was recognized Monday night in Hollywood for his achievements this year, will be racing in the Pro Extreme category of the event, which he's won two times in the past. His son, Troy Coughlin Jr., will be on hand also, showing off his talents in the Pro Mod class.

"The NHRA season has ended but we're still having fun," Troy said. "I guess it goes without saying that we love The Strip at Las Vegas Motor Speedway and we're headed there now to try and win another one of these Street Car Super Nationals.

"It will not be easy because the best drivers in the country generally show up for this race, and from what I see the weather is going to be perfect so we might just rotate the earth a little bit this weekend."

With $250,000 in guaranteed payouts, the JEGS.com Street Car Super Nationals will have full fields in both the Flying A Motorsports Pro Outlaw and the Precision Turbo Pro Modified categories. There also will be several other classes competing at the race.

"This will be a fun event," said Troy Jr., who was honored as the NHRA Pro Mod Rookie of the Year Monday. "The rules for this particular event allow for unlimited boost so we'll be winding up my JEGS.com C5 Corvette to run hard.

"We're actually making some changes to get it to run a little better than it has in the last few NHRA races. The guys are moving some weight around and trying a few other adjustments to make it smoother and more efficient.

"A lot of the Outlaw guys run this race, especially all the West Coast hitters, so I want to make sure we're ready to give them a challenge. There's a pretty good amount of money up for grabs and that usually makes it very cutthroat. We'll be ready."