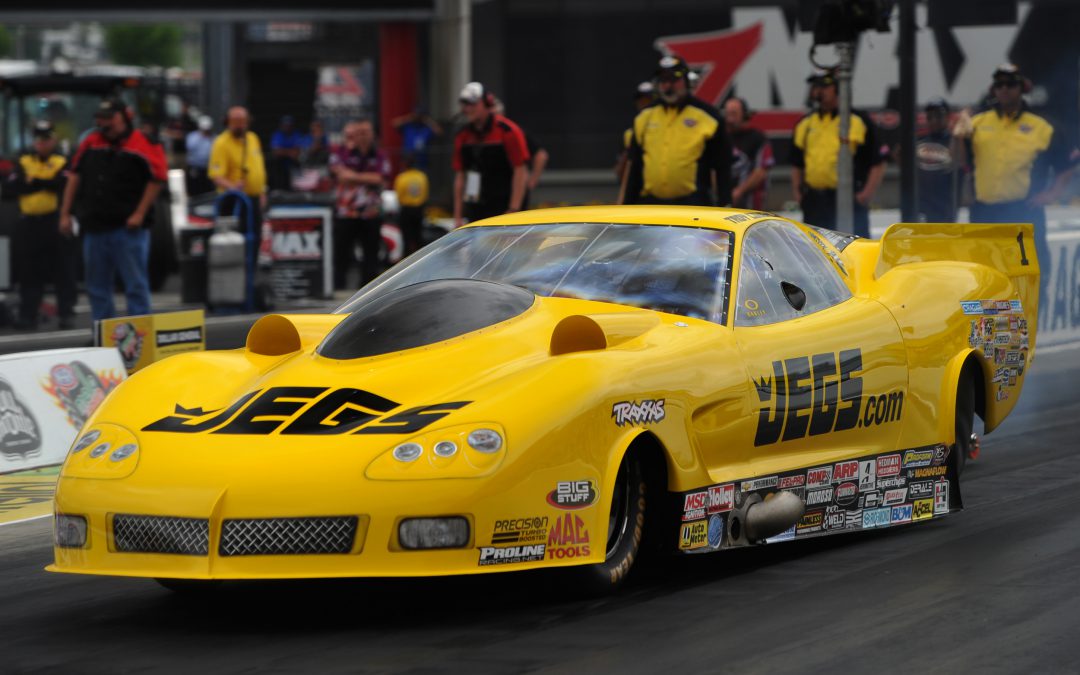 ENGLISHTOWN, N.J. (June 1) — So far, so good. That's the feeling in the JEGS.com pit of reigning Pro Mod champion Troy Coughlin after one round of elimination action at the 44th annual Toyota Summernationals and Old Bridge Township Raceway Park.

Although his team experienced a bit of a struggle in the unseasonable warm weather the last two days, Coughlin qualified his twin-turbo Corvette in the No. 10 position with a best pass of 6.105 seconds at 238.30 mph. That placed him next to No. 7 qualifier Harold Martin in Saturday evening's first round of eliminations, a race he won.

"The first goal every weekend is to qualify, as simple as that sounds," Coughlin said. "You can't win if you don't make the show and we don't have any provisionals in drag racing, so making the field is job one.

"It's been hot and everyone is fighting track conditions but we managed to get quicker in each of the three qualifying sessions and we qualified 10th, so that was a decent effort."

Unlike the other pro categories, Pro Mod begins elimination racing on Saturday so Coughlin switched his mindset to race day mode and lined up against Martin, wishing to erase a nagging statistic.

"This year we've either won the entire race or lost in Round 1, so that one against Martin had my full attention," he said.

Coughlin was certainly up to the challenge as his fast start off the line translated to a wire-to-wire victory, with Coughlin crossing with a weekend-best 6.083 at 242.98 mph.

"It felt really good to get that round win," Coughlin said. "But we cannot rest. We've got (No. 2 qualifier) Mike Castellana next round and he's been running great. This is his home track so I know he'll be up for us tomorrow. Hopefully we'll have something for him."