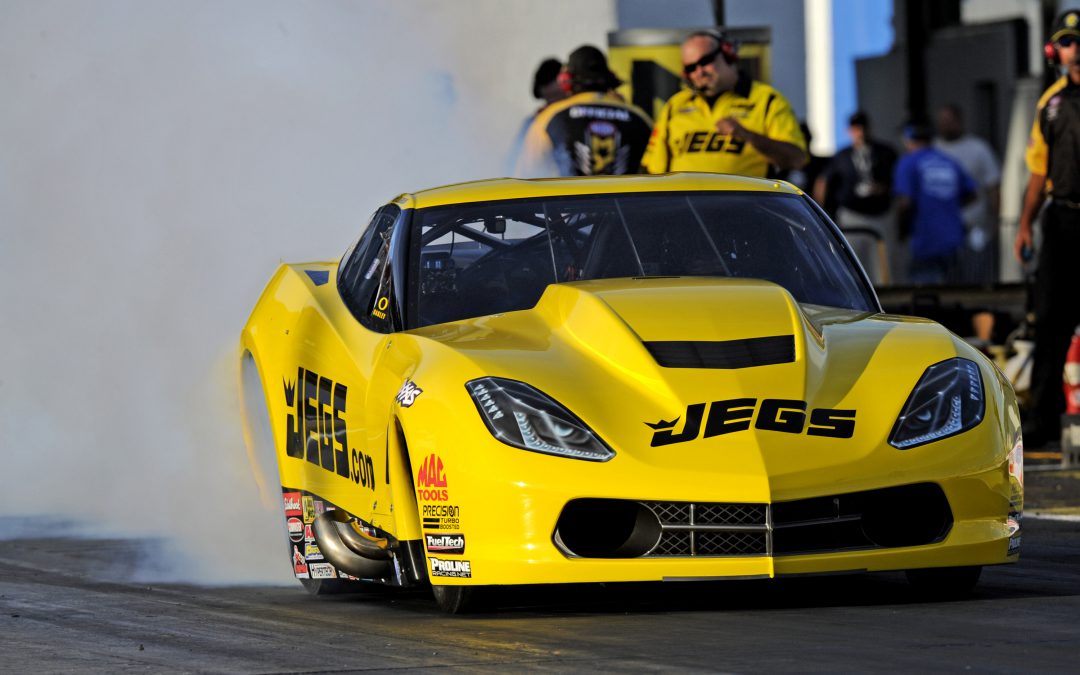 Coughlin left .001 seconds too soon in the final round of the J&A Service Pro Mod Series race presented by JEGS.com on Monday at Lucas Oil Raceway against Von Smith, drawing a red light and giving the

Coughlin had gotten to the finish line well ahead of his opponent after Smith's car wiggled at the hit and veered to the left, and he shut it off as Coughlin sped ahead. But the race was already decided.

Coughlin had a spectacular weekend at drag racing's most prestigious race, qualifying No. 1 and setting low elapsed time nearly every time the yellow-and-black turbocharged Corvette took to the track.

"We had a fast car every session," Coughlin said. "We had low for the round every single round except one, including all of the qualifying runs. Ever since the sanctioning body took the boost away from us back in June at Norwalk, we've just been hard at work trying to get this thing to run better.

"The guys at Pro Line (Racing Engines) and (crew chief) Steve (Petty) and Mike (Rees) and Kyle (Pettis) and everybody sticking behind us at JEGS.com have really put forth an excellent effort.  The driving was decent all weekend and we had the car to beat and we kicked a lot of ass."

"We have to look at the points and see where we stacked up there, but hopefully we at least cut this thing in half," Coughlin said. "And the guys that are below me and Rickie are even further down. Pretty exciting weekend. I'm pretty fired up. We've got a good hot rod and we are ready to getting to Charlotte."