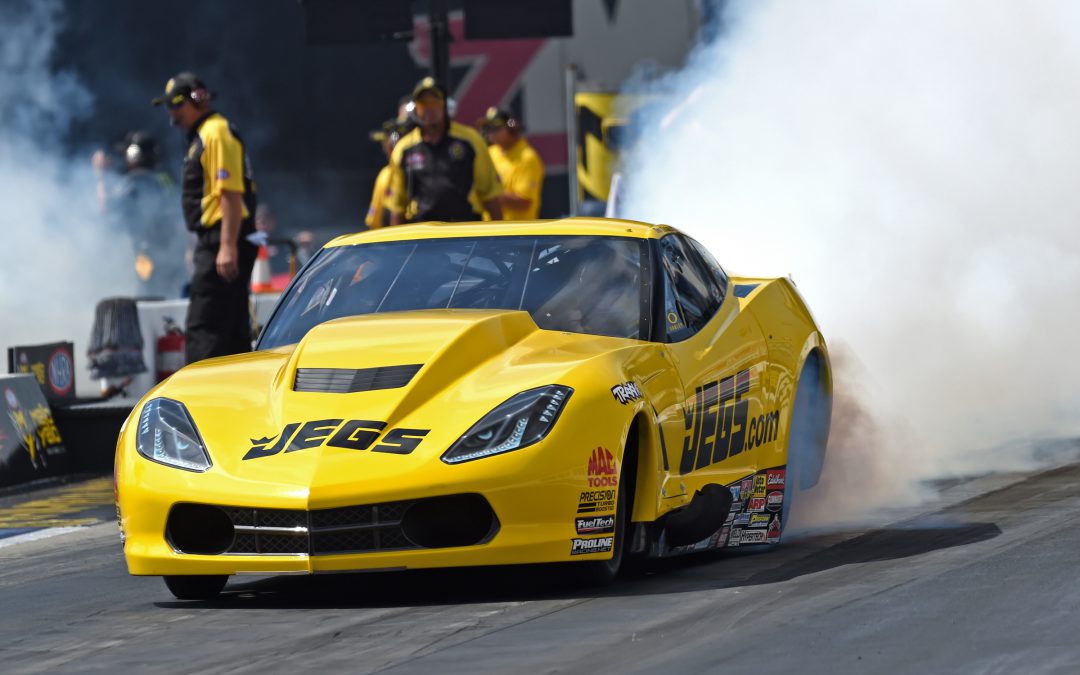 CHARLOTTE (Sept 17) – All JEGS.com Pro Mod driver Troy Coughlin Sr. could do was tip his cap.

Coughlin Sr. lost in the first round of the J&A Service Pro Mod Series race presented by the Real Pro Mod Association of the NHRA Carolinas Nationals on Saturday at zMax Dragway. His opponent, Mike Castellana, had a slightly better reaction time and a slightly better pass to advance to the second round.

"We drew a tough race in the first round against Castellana," Coughlin Sr. said. "He made a decent run in qualifying and had a great first round. What can you say? They got it done a little bit quicker."

Coughlin's first-round exit comes a race after an outstanding performance in the Chevrolet Performance U.S. Nationals at Indianapolis two weeks ago. Coughlin qualified No. 1 and raced to the final round.

But after a tough start to qualifying in Charlotte, Coughlin and his team rebounded to speed to the top half of the field.

"We got behind the 8-ball a little bit in qualifying but we bounced back pretty well," said Coughlin, who had qualified No. 7 earlier in the day. "We’re one of those five-star teams that we’ve talked about in years past. We’re a championship-caliber team, and we’ve proven it. We’re making good strides."

Coughlin nearly got a gift when points leader Rickie Smith was late on the starting line against Jay Payne, but Smith survived to advance to the second round. That won't stop Coughlin and his team's determination to take the points battle as far as they can. The defending Pro Mod champ, Coughlin was second in points headed to Charlotte.

"It’s not over yet," Coughlin said. "Our team here does not think it’s over, not until mathematically it won’t work. Mathematically it still does work so we’re going to keep racing this thing as hard as we did even if we were in fifth place.

"We’ve got a hot rod. It’s a good car; it’s ready to go to St. Louis. Just a little bit of clean-up and stick it back in line, as they say, and try again."

Coughlin's younger brother Mike suffered a similar fate in Top Dragster, as his JEGS.com car also lost in the first round. Mike, the No. 1 qualifier, fell on a double-breakout against Bob Mandell III. Mike's breakout was a touch more, .021 seconds to .010 seconds, as he dropped a close one.