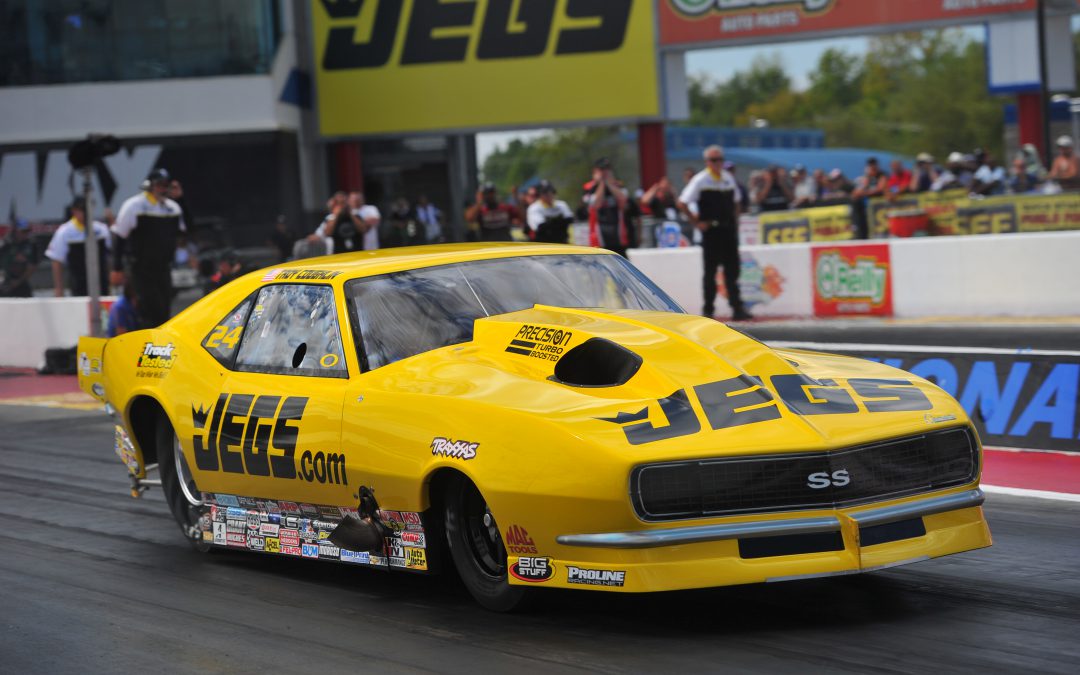 ST. LOUIS (Sept. 26) — With only two races left on the NHRA Pro Mod Series presented by ProCare Rx, including this weekend's tilt at Gateway International Raceway, past world champion drag racer Troy Coughlin knows he must immediately return to top form if he hopes to end the year with another title.

After a string of great finishes, including a pair of runner-up results in , , and , , Coughlin uncharacteristically stumbled and fell in the first round of the last Pro Mod race in . Fortunately, he's still within striking distance of the top drivers, just 85 points off the lead and a scant 13 away from a top-three ranking.

"It's plain to see what we need to do," Coughlin said. "We have no more room for error. That's okay; we like the pressure. It actually makes it a little easier when you know there's nothing to lose and everything to gain.

"Everyone ahead of us in the points right now have proven they have what it takes to win it all. Whoever ultimately comes out on top will have definitely earned it. This might be the deepest field of title contenders we've ever seen in this class."

Coughlin, the world champion in the National Muscle Car Association, will race with the support of brother Jeg Coughlin Jr., who will be contesting the Pro Stock trophy this weekend at Gateway. He'll also be racing with one of the fastest cars in the class as he's set top speed at three of eight races this year.

"Steve (Petty, crew chief) and the guys have given me a great racecar every time out and when I do my job behind the wheel, we usually have plenty of success," Coughlin said. "We're all pros on this team and the JEGS.com Camaro is one of the best turbo cars on the planet. All we need to do is go out there, have some fun, and win this race."

There are three scheduled rounds of Pro Mod qualifying, at 2:30 and 5 p.m., Friday, and 1:30 p.m., Saturday. The first round of eliminations will take place at 4 p.m., Saturday, with the remaining three rounds slated to begin at 12:30 p.m., Sunday.