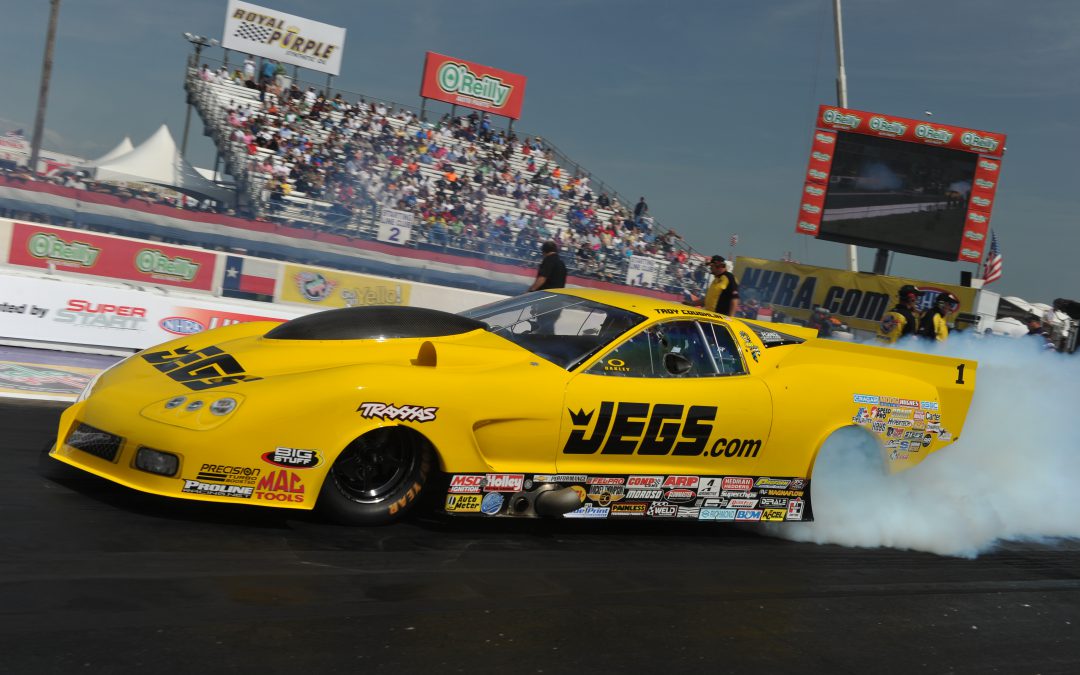 ENGLISHTOWN, N.J. (May 29) — Troy Coughlin's title defense in the NHRA's Pro Mod category has been marked by great highs and frustrating lows through the first three races of the year. A dominating victory in Charlotte that reminded everyone of his season-ending charge to the 2012 championship, has been bookended by two unlikely first-round losses, a dilemma not lost on the veteran racer.

"Pro Mod is so tough because there are three different types of power-adders that you can use," Coughlin said. "I think the NHRA has done a great job of balancing the cars and that's why we're seeing such close racing.

"In the first three races, we've had two different turbo cars and one blower car in the winner's circle. If you look at the No. 1 qualifiers, it's been a blower car, then a nitrous car in the second race and a turbocharged car in the third. It's clear to see that we're closer than we've been in years because elapsed times among all three engine types have been extremely close."

Englishtown should be a great place for Coughlin to return to top form. He won the title there in 2005 when Pro Mod was considered an exhibition class, and was runner-up to Danny Rowe last year. The Ohio native admits to a long-running affinity for Old Bridge Township Raceway Park and the massive crowds that fill the grandstands.

"The fans are awesome in E-town," Coughlin said. "I love it. They really get into Pro Mod and Pro Stock and they have a good time with it. There are a bunch of one-off Pro Mod races at Old Bridge Township Raceway Park because there is so much interest in the cars up there. It makes it exciting for the racers, I can tell you that for sure.

"We're learning how to maximize our horsepower. The NHRA took a little away from us and it's put us on a learning curve but Steve Petty (crew chief) and the guys have been working overtime to figure it out. When we're on, this car is a world beater, as we saw in Charlotte. Hopefully, we can find our way in E-town and win another race."

Coughlin is currently fourth in the points, slightly more than two rounds of action off the lead.

Pro Mod racers get three chances to make the 16-car elimination field. The first two come at 3:30 and 5:45 p.m., Friday, with a final qualifying session at 1:45 p.m., Saturday. Round 1 of eliminations is slated for 4 p.m., Saturday, with the final three elimination rounds beginning at 1:30 p.m., Sunday.