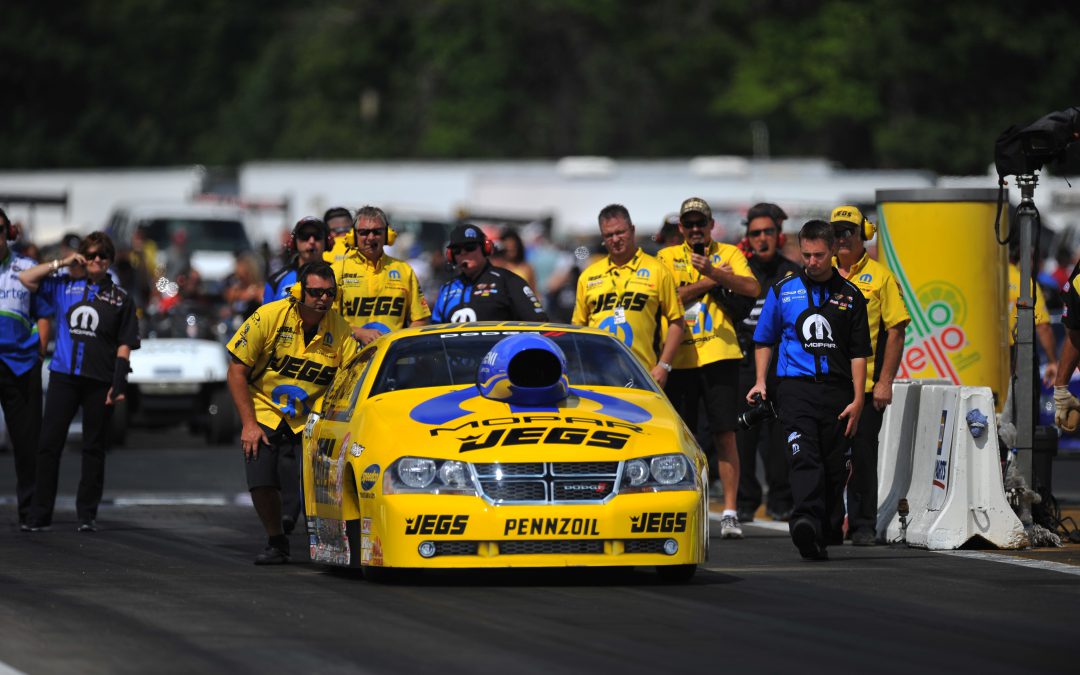 INDIANAPOLIS (Aug. 26) — Five-time world champion Jeg Coughlin Jr. enters the 59th annual U.S. Nationals as one of the favorites in the ultra-competitive Pro Stock category. The 70-time national event winner has two victories on the season and arrives at the last regular season race ranked third in the championship rankings.

"We've turned in several very, very strong performances this year and the guys have this JEGS.com/Mopar Dodge Avenger tuned-up and ready to get after it in Indy," Coughlin said. "We went to two finals out there on the Western Swing, and although we had a slight misstep at the last race in Brainerd (Minn.), I feel as though that was an anomaly and not the norm for this team this season. I believe our results speak to that.

"Of course, you're always looking to improve. We will test just before the race in St. Louis to see if we can't find another level of consistency. That's so key in the sport. We definitely want to be as prepared as possible because this is the granddaddy of them all. Everyone wants to win Indy. That's why you put in the extra work."

Coughlin has claimed the Pro Stock title at Indy three times in the past, in 2000, 2002 and 2009, permanently placing him among the sport's elite. He also won the Super Gas title in Indy in 1992, and was fortunate enough to bag the Mopar HEMI Challenge crown in 2004.

"My entire family has done well at Indy over the years so it's become a very special place for all of us," Coughlin said. "The history of this race is humbling and I truly feel honored to have won it myself and I'm proud of my brothers and nephew Troy Jr. for adding to the Coughlin legacy in Indy as well.

"We've got four chances to win again this time through. My brother Troy is running Pro Mod, as the defending world champion no less, and Troy Jr. is racing both Super Gas and Super Comp, and he's fresh off a win himself, so we are all fired up."

As a group, the Coughlin family will enter the weekend with 97 national event victories, meaning the milestone mark of 100 wins is within reach.

"It would take an exceptional weekend for that to happen," Coughlin said. "I'll try to do my part in Pro Stock and I'll do all I can to help Troy and T.J. The important thing is that I know we're going to have fun racing together. We always do."

Indy features five rounds of professional qualifying, beginning Friday evening and continuing through Sunday. Eliminations will take place on Labor Day. All action will be shown on ESPN2.