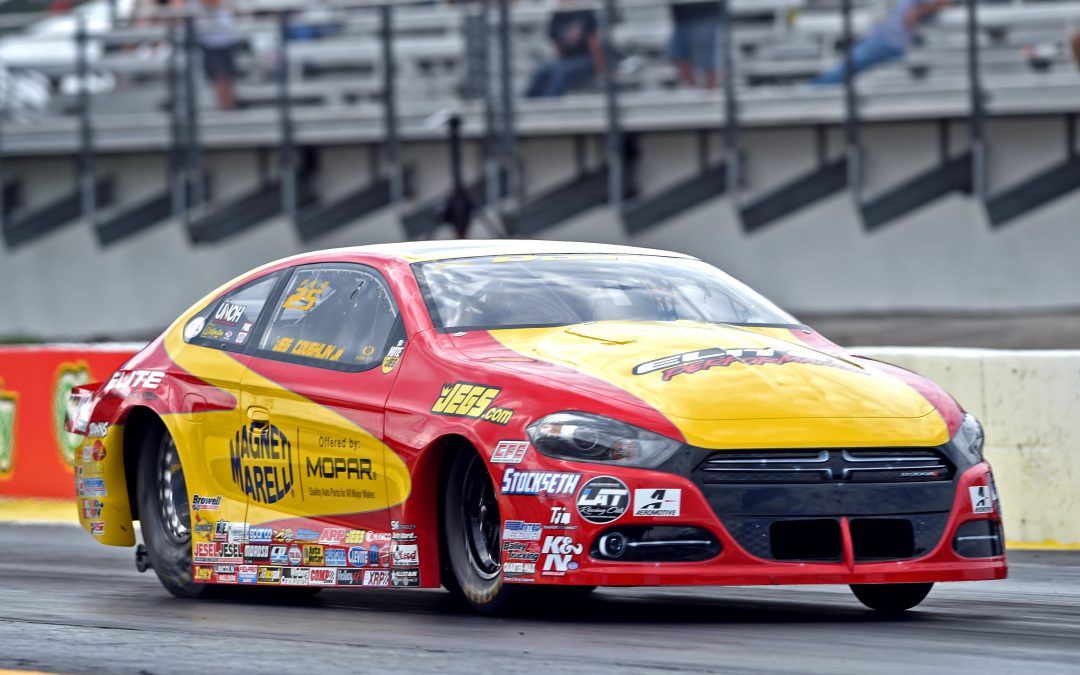 GAINESVILLE, Fla. (March 19) — The progress five-time Pro Stock champion Jeg Coughlin Jr. and his Elite Motorsports teammates have made from the first pass of the season to this point have the 58-time national event winner dreaming of a third Gatornationals title.

"For the first time all year we only needed to fine-tune our car between rounds of racing and the results speak for themselves," Coughlin said. "It's a big step for this brand-new program and to see our Magneti Marelli offered by Mopar/JEGS.com Dodge Dart qualified sixth in this very tough field is a testament to a lot of hard work.

"After what I would call just an okay opening day, we went out there in Q3 earlier today and even though I did a lot more driving than I needed to we got to the other end and the guys came on the radio and said we ran a 6.651. I immediately told them we have at least a 6.62 in the car because I'd lost a least a few hundredths with my driving, and sure enough we came right back out and went 6.627 at 208.30 mph."

The strong finishing effort earned Coughlin lane choice over No. 11 qualifier Chris McGaha when elimination action begins at noon ET on Sunday. McGaha topped out with a best pass of 6.644 seconds at 208.46 mph.

"It's been a couple of mixed emotion days with Mother Nature and what seemed to be a crazy forecast but somehow we came out on good side and got all four qualifying runs in," said Coughlin, who won this event in 2001 and 2008. "I'll be real honest and tell you the truth, we needed all four runs.

"We basically started out by mimicking the efforts my teammate Erica (Enders) had in testing earlier this week and went from there. That tune-up didn't exactly agree with what the track wanted to give us yesterday and we ran a 6.71 and a 6.69 in those first two runs. We all knew there was a bunch more in there.

"It's exciting because both cars are coming around and even though it's taking a little time we're really blown away by how far we've come since mid-February."