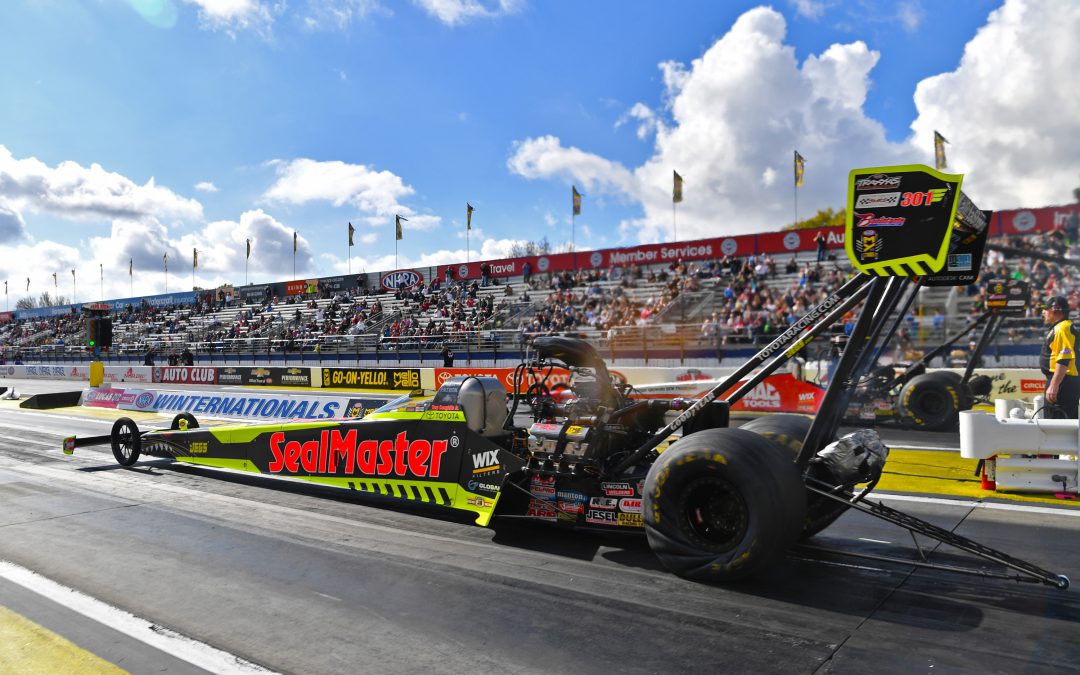 Anderson managed to get a slight edge at the starting line and was able to hold off Coughlin's JEGS.com Chevrolet Camaro at every timing cone, winning with a 6.567 at 210.93 mph to Coughlin's 6.585 at 209.85 mph. At the time, Anderson's run was the quickest of the session.

"I think with the limited amount of testing we did coming in, at least with me behind the wheel, that to come out and qualify as well as we did and run as consistently as we did, is a great start," Coughlin said. "The race was close but I believe that's going to be the landscape of Pro Stock this year. It's going to be extremely tough
every round.

"You can already tell there's going to be little room for error anywhere whether it be here in the trailer and in the pits as we're preparing for a run or on the track with reaction time or individual shifts. Any little miscue will take you out of a round win because the pack's pretty tight right now."

"We're definitely going to search for some more efficiency out of our cars," Coughlin said. "I have a lot of faith in this Elite Motorsports team to put these cars together and re-instill the program as they had it in 2014-2015 when they won two straight championships with my teammate Erica Enders.

"We're light years ahead of where we were a year ago this time, not that that means a darned thing, but I feel great and I think we're all very optimistic. We're a team poised to race together, win together and have
fun together."

"Not a bad day," Troy said. "I really just need to keep getting used to the process on the starting line and really hone in on the bulb for better reaction times. I'll keep working on my speed and strength training during the off weeks. That will help also.

"We came into this race with a lot of thoughts on how these things work so we have a little bit more experience going to the next race. Maybe that's worth a couple hundredths of reaction time, which would have helped me today.

"Rob Flynn, Connie Kalitta and the Sealmaster Toyota guys have got this thing working so consistently. They've given me a car to compete in that's going to be a winner's circle bandit so I just need to get a hold of my end of it so we can get on a roll and enjoy this ride."

Jeg Jr. and Troy Jr. will have a weekend off before the second stop of the year, the 33rd annual NHRA Arizona Nationals, which take place Feb. 24-26 at Wild Horse Pass Motorsports Park in
Chandler, Ariz.