Pro Stocker Troy Coughlin Jr. off to a fast start with runner-up finish at Gatornationals 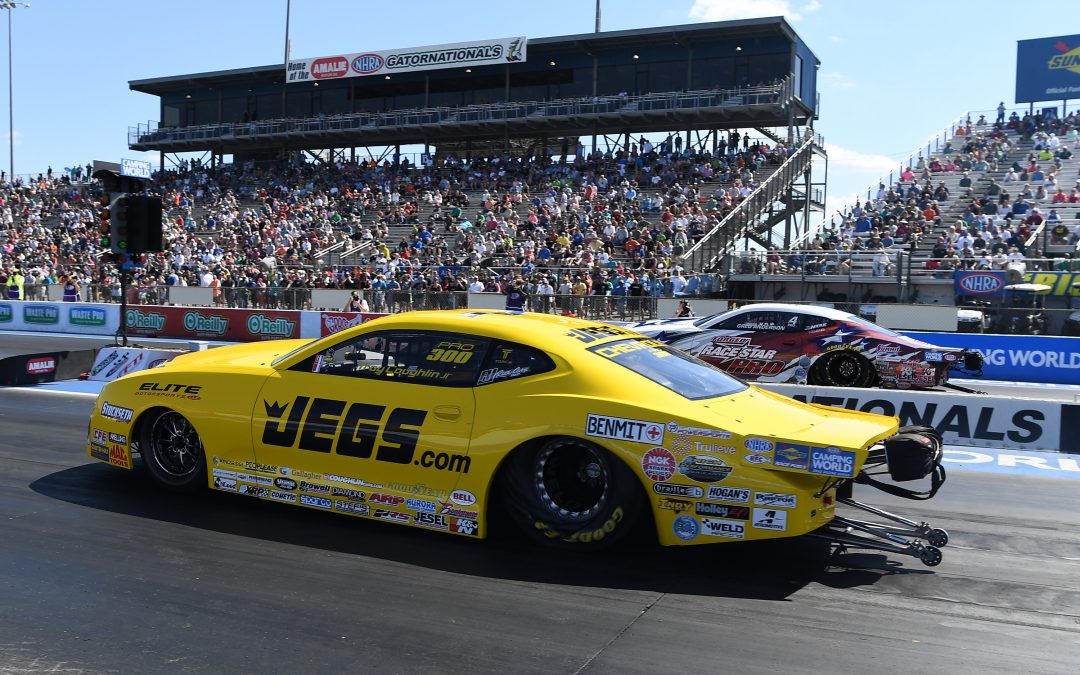 GAINESVILLE, Fla. (March 14) — The fledgling Pro Stock career of third-generation drag racer Troy Coughlin Jr. received a boost Sunday when he guided the JEGS.com Elite Motorsports Chevrolet Camaro to a runner-up finish at the season-opening Amalie Oil NHRA Gatornationals. It marked the second time in just nine starts Coughlin has reached the trophy round in the category.

“This was a good way to start the season and it shows the professionalism of the Elite Motorsports team,” Coughlin said. “We rolled into Florida two weeks ago and right out of the trailer we were strong. We’ve been making great passes almost every round since. “It was very warm today and the track was difficult to deal with. We had a little jump on Greg Anderson in the final and I felt like we could have won the round but we had pretty severe tire shake almost right away. Greg’s car shook a little also but he was able to drive through it and get the win. Aside from that, we had a lot of fun.” 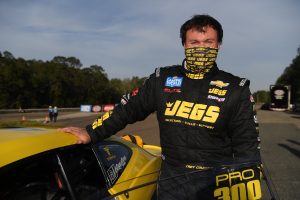 Traction seemed to be an issue all day, with Coughlin benefitting from opponents Aaron Stanfield and Mason McGaha tire-shake issues in both Rounds 1 and 3, respectively. He also got a free pass in the second session when Fernando Cuadra Jr. fouled out after getting very loose during the prerace burnout.

“Today was a lot about overcoming adversity,” Coughlin said. “As it turned out, we got some luck against our first three opponents when Aaron and Mason shook and Fernando got loose and then red-lighted, but that doesn’t take away from the fact we made great passes against each of them (6.564 at 209.20 mph in Round 1, 6.572 at 208.91 mph in Round 2, and 6.633 at 208.55 mph in Round 3). “Credit Mark Ingersoll, Eric Luzinski, Kelly Murphy, Steven Hurley and Kyle Bates with putting this car together perfectly every time out, both in qualifying and today. This was a decent first race. We’re in second place, and we have 17 more national events to go. There’s so much more for me to learn how to become a better driver. I’m excited.”

Coughlin’s uncle Mike Coughlin reached the second round in Top Dragster before breaking-out of his index and losing to Jeff Strickland, who went on to win the entire event.

Also a part of the Team JEGS contingent was multi-time world champion Jeff Taylor, who competed in Super Stock in the JEGS.com Chevy Cobalt. The car, which will be driven by Mike’s son Clay later this year, was named the event’s “Best Engineered Vehicle.” 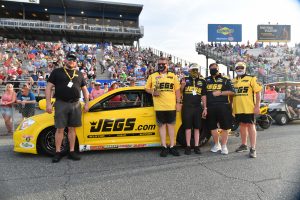 Fellow world champion Danny Nelson also put some laps down in the JEGS.com Super Comp dragster, which Mike’s other son Jack will take over once school is over.