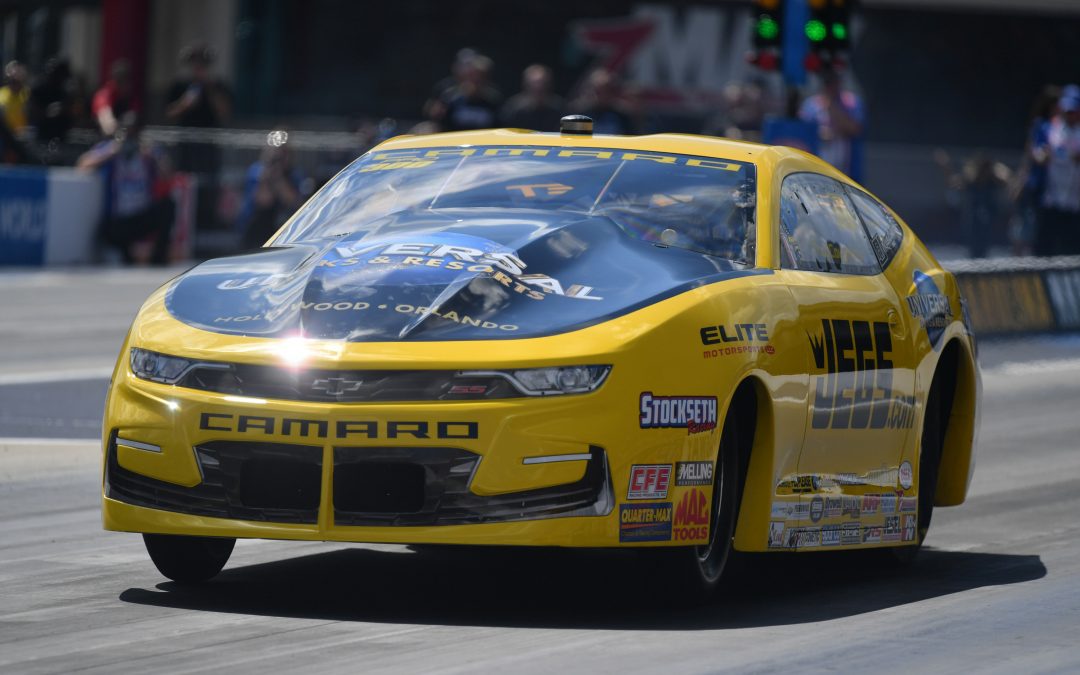 “This is my first time in the Countdown and I can tell you that it’s a pretty intense atmosphere at the racetrack these days,” Coughlin said. “Pro Stock has always had the closest racing of any professional category and yet somehow it’s gotten even closer these last few events. It’s pretty insane and exciting, all at the same time.

“It’s fun to be in the thick of things every race and when the competition gets this tight it takes everything up another level. You know everyone is making great horsepower so it comes down to which driver gets off the clutch pedal and through the gears the quickest. Mistakes are magnified and win lights mean 1,000 times more than normal.”

So far in the playoffs, Coughlin has looked sharp, racing to the semifinals in Reading, Pa., and the quarterfinals in Charlotte. At both events his run to the finals was stopped by current points leader Greg Anderson, who nipped him by a miniscule .001 seconds in Reading and just .009 seconds in Charlotte.

“We need to get on the right side of these super-close ones,” Coughlin said. “It’s the nature of Pro Stock to have races decided by thousandths of a second, which is pretty crazy if you think about how much goes into a run. To have two completely different teams and drivers produce a race where you’re literally an inch or two apart at the other end of the quarter-mile is hard to fathom, but it’s actually fairly common.

“I do know I wouldn’t want to go into a playoff fight like this without my guys. Mark Ingersoll (crew chief), Kyle Bates, Kelly Murphy, Steven Hurley, and Eric Luzinski are the best of the best. Everyone at Elite, no matter which crew they’re on, is at a championship level. There’s a reason they’ve won so many titles.”

Coughlin currently occupies the sixth spot in the standings, and is only one point behind fifth-place driver and teammate, Aaron Stanfield, and 11 points back of Dallas Glenn.

Although Coughlin has three championships at the Sportsman level and has accumulated 18 victories overall, eight at the national level, he has never won under the arches in St. Louis.

“It would be huge to win this one,” he said. “We’ll be halfway through the Countdown races after this weekend so a win would put us the best position possible to make a stretch run. We’ll be ready.”