Qualified No. 4, Jeg Coughlin Jr. ready for a good day at Maple Grove 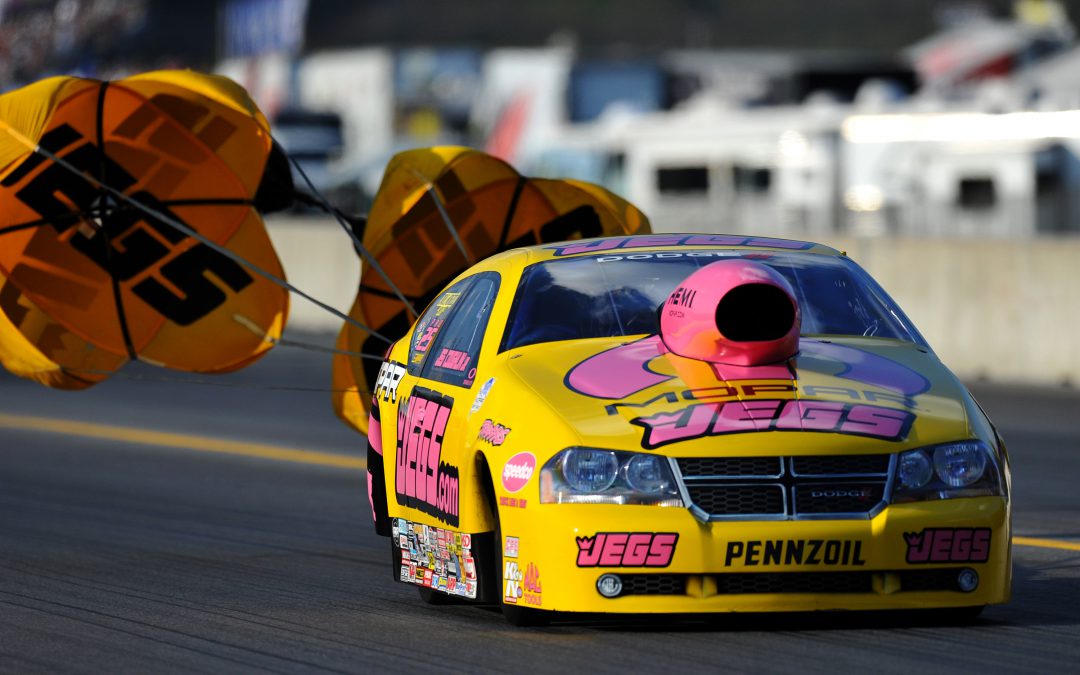 Coughlin posted the second-fastest elapsed time in the final qualifying session to move up to the No. 4 spot heading into the first round of eliminations Sunday.

"We're real happy with it. We were sixth and then fourth and then sixth and then second for the (final) session and qualified No. 4," Coughlin said. "That's a solid effort. Looking at the top seven or eight cars, they're all within a hundredth of a second. It's really just a matter of being on the good end of all the efficiencies.

"Fortunately, we're in a really good spot and I feel really good about the car. I feel good behind the wheel. It's time for game day."

Coughlin is second in the Pro Stock points standings as the Countdown starts its second half. His best pass in Reading was 6.581 seconds at 209.55 mph in Q4, and he'll line up against No. 13 qualifier Larry Morgan in the first round on Sunday. Morgan's best pass was 6.620 seconds at 208.78 mph.

Morgan took out points leader Mike Edwards in the first round in Dallas, and Coughlin knows better to take the veteran lightly.

"I look at Larry like I look at (Greg) Stanfield," Coughlin said. "I've known him a long time. When I was watching from the sidelines, Larry's one of those guys on Pro Stock who I enjoyed watching. I enjoyed his gamesmanship, I enjoyed his sportsmanship, and I like the way he drove. You can probably break down my driving style and see a lot of Larry Morgan in it. We'll just have to dispose of him round one, good, ol' buddy or not."

Coughlin and the Pro Stock teams have battled unusually warm temperatures this weekend, as the high Saturday was 86 degrees. But Coughlin and his J&J Racing team were up to the task.

"We'll have a really good car," Coughlin said. "Looks like the weather is going to shape up similar tomorrow. This is like a freak of nature. Typically, this race yields low elapsed times and potential national-record conditions. But we're in the mid-80s, and the air is very, very thick. There's high vapor pressure and a lot of water in the air. You've got to be really crafty with these Pro Stock cars, and fortunately I've got one of the best in Roy Johnson and his team massaging this thing."

That was shown by Q4, when Coughlin picked up nearly a hundredth of a second over his best previous pass.

"We picked up in the final session, and not many did," Coughlin said. "We're making progress, and I'll believe we'll continue to fine tune throughout the day tomorrow."