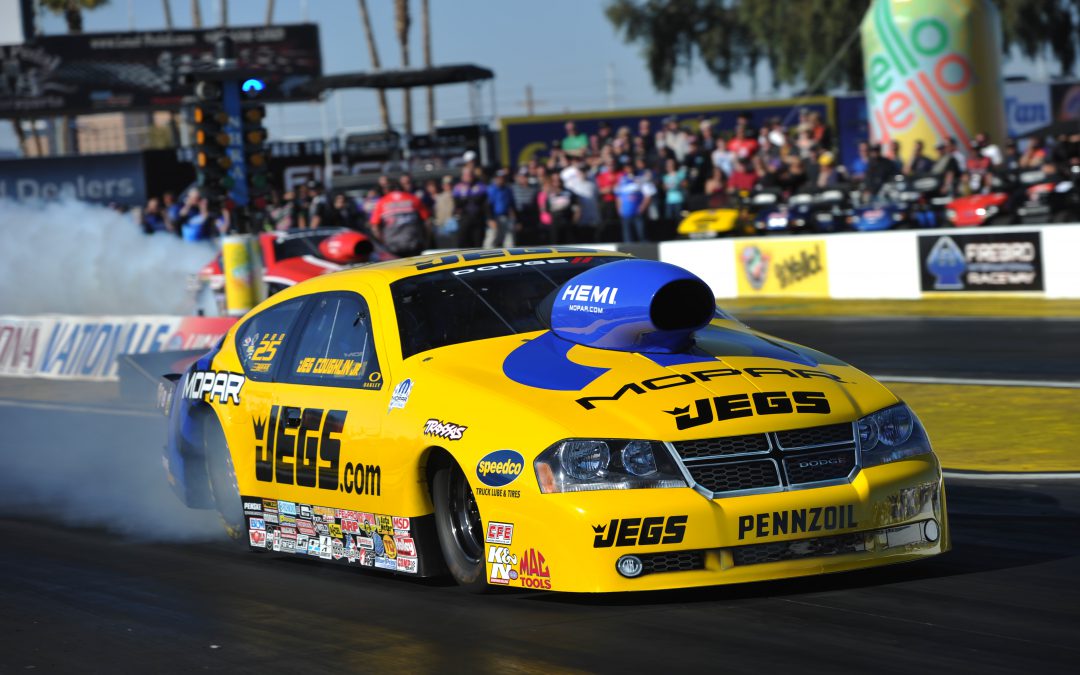 PHOENIX (Feb. 24) – Jeg Coughlin Jr. knew his JEGS.com/Mopar Dodge Avenger was as strong as it had been all year long during the early going of Sunday's NHRA Arizona Nationals.

"We felt really good," Coughlin said. "We had the fourth-fastest car in three of the four qualifying runs and we were quickest car in the first round of eliminations, which was a first of that kind for us this season. We didn't rest on a thing."

Coughlin easily dispatched Rodger Brogdon in the first round, which set-up a quarterfinal match with longtime rival Jason Line. Unfortunately, a slight hiccup with the car ended Coughlin's day early.

"We knew Jason would be really tough," Coughlin said. "We rolled out there for the second round and when I let the clutch out and it started gaining wheel speed. I could hear and feel it paddling and losing momentum, as I went through the first few gears. From there we were welded side-by-side down the racetrack, but ultimately we gave up too much in the first 300 feet and he beat us."

Line finished in 6.538 seconds at 212.76 mph with Coughlin just behind in 6.581 seconds at 212.59 mph. While a quarterfinal exit was disappointing, Coughlin said it doesn’t tarnish what the team has accomplished through two races this season.

"We showed some brilliance," Coughlin said. "Our teammate Allen Johnson had some good runs and we just missed it a taste with my car. We'll debrief and figure out if there is anything we could have done differently."

In the first round, Coughlin was off the starting line first against Brogdon and never looked back, running a smooth lap of 6.537 seconds at 212.49 mph. Brogdon's car shook its tires just after the hit and he coasted to a finish of 17.529 seconds at 46.85 mph.

"The strength in numbers we've been able to put up so far has been encouraging and we just need to keep plowing forward," Coughlin said. "We can’t rest on the good runs we've had. We need to keep pecking at it and make them a little bit better every time."

Up next for the JEGS/Mopar Dodge Avenger team is the Amalie NHRA Gatornationals from March 15-17 at Gainesville Raceway.