Racing into a busy weekend with performance-driven Team JEGS drivers 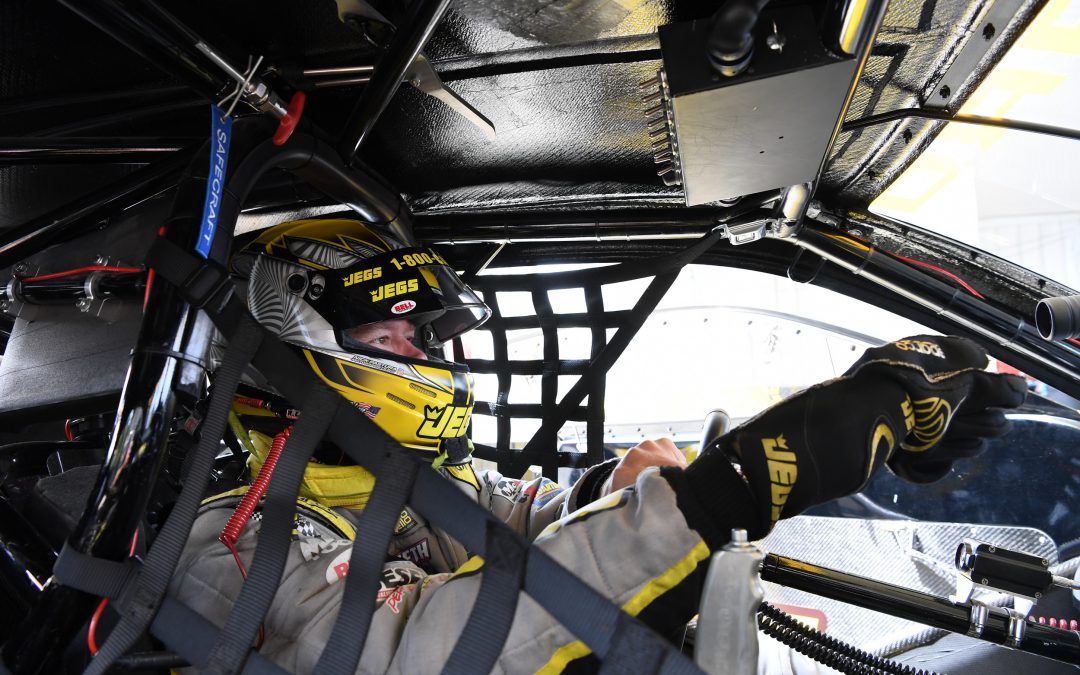 DELAWARE, Ohio (May 16) — Loaded with high-performance parts from industry leader JEGS Automotive, the rigs of Team JEGS drivers Jeg Coughlin Jr., Mike Coughlin, Troy Coughlin Jr. and Paige Coughlin are on the road in search of glory at a variety of races this weekend.

Jeg Jr. will try to double up at the 30th annual Menards NHRA Heartland Nationals presented by Minties at Heartland Park Topeka, driving both his JEGS.com Elite Performance Chevrolet Camaro in Pro Stock and the JEGS.com Corvette roadster in Super Gas.

"Topeka is always a fun race," Jeg Jr. said. "Certainly, those Midwest fans turn out in huge numbers and that's always exciting. This race traditionally kicks off a great stretch of events that take us deep into the summer months and we're anxious to get started. Plus, we know the track there will be in top shape as it has one of the most consistent surfaces in the sport.

"Our car has been very solid since Las Vegas and obviously with Elite Motorsports cars winning the last four races, we know we have what it takes to win. If you want to end the weekend on top in this class, you have to limit your mistakes, saw the Tree down every run, and maybe get a lucky break in there somewhere. We're ready to take our turn."

Brother Mike leads a three-car Team JEGS effort looking for trophies at the Cavalcade of Stars presented by Budweiser in Norwalk, Ohio. This is the second Division 3 race of the season in the Lucas Oil Drag Racing Series.

Mike, a two-time D3 Top Sportsman champion, is a previous winner in Norwalk, having won the national event title there in 2014. This time he'll be competing in his super-fast JEGS.com Top Dragster, alongside his nephew Troy Jr., who races in Top Alcohol Dragster, and niece Paige, who runs Super Comp.

"Everything we need to win is here, and I love racing at Norwalk because the Bader family are the best track promoters and owners in the country," Mike said. "They just poured a brand-new all-concrete racing surface, which should be awesome, and the fact it's concrete and therefore more porous, will play into our hands because this car loves tracks with grip.

"My guys — Greg Cody, Dave Raurk, Ryan Micke and Tony Collier — are doing all the right things and I feel good behind the wheel, but it's just unreal competition in this class. Every race is so close because everyone has stepped up their programs. You have to earn every win light, for sure.

"It'll be great to race with Paige and TJ again, and my son Clay is coming too so another big family weekend is on tap."

Competing in his first year in Top Alcohol Dragster, Troy Jr. is settling in nicely in the JEGS.com dragster out of the McPhillips Racing camp. Although he has yet to win a race in the category, he knows that milestone could come at any time.

"Everyone at McPhillips Racing is dedicated to giving us the best chance possible to win," T.J. said. "Being so close to home, in the backyard of JEGS, we'd love to have a big weekend and remind everyone the power of the yellow and black brand."

Just days away from her high school graduation, Paige has designs on her first Super Comp trophy. She has raced in the class for less than a year after moving up from Junior Dragsters.

"Super Comp is so tough because of the talent in the class," Paige said. "It's a lot more competitive than what I'm used to and at this point in my career basically everyone I race has more experience than me. I try to look at each event and each lap I make as a perfect opportunity to learn something new because that will make me a better driver.

"We get to race near home again on a new track surface and the weather should be perfect so we're excited. Last time out at National Trails the car was great I just lost a very close race in the second round. I know Justin (Beaver) and Tony (Collier, crewmen) will have the car dialed in so I just need to do my job the best I can. We want to qualify for the shootout again and definitely go into the late rounds on race day."

Outside of the quarter-mile, the ARCA/CRA Super Series powered by JEGS will continue its 22nd season of competition with the $12,000-to-win RustyWallaceCars.com 100 at Bristol Motor Speedway. The race is one of three events that makes up the Short Track U.S. Nationals. Additionally, drivers in the popular JEGS/CRA All-Stars Tour will be turning laps Friday evening around the famous racetrack.