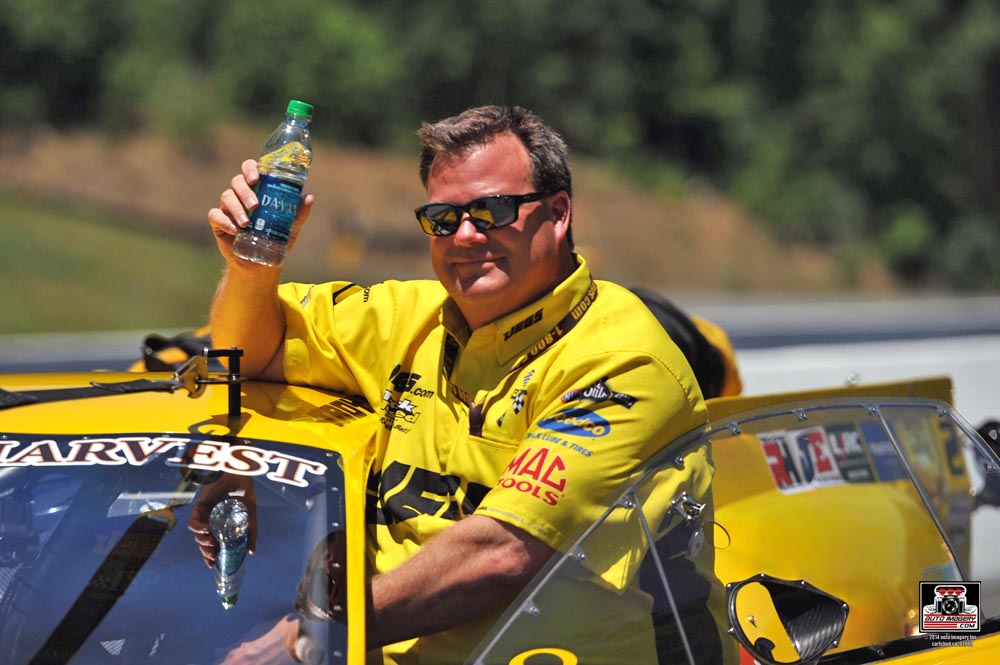 BRISTOL, Tenn. (June 14) – On the one hand, JEGS.com Pro Mod driver Troy Coughlin is upset about losing in the first round of the Ford NHRA Thunder Valley Nationals on Saturday at Bristol Dragway.

On the other hand, Coughlin gets to watch his son race on Father's Day weekend.

"That's really exciting," Coughlin said. "A person cannot fathom that until you experience it. My dad used to say that to us, and we were like, 'Yeah, OK.' It's emotionally very exciting."

T.J. Coughlin, Troy's son, qualified No. 1 in Super Gas in Bristol but lost a third-round match on a double-breakout.

For the elder Coughlin, watching T.J. race gives him as much joy as driving his own Pro Mod Corvette.

"I'll never forget when I was a best man at a buddy's wedding in Florida," Coughlin said. "He raced in Vegas that weekend, and he won that race out there, and I was just ecstatic. I was more excited for him to win than I think he was."

Coughlin qualified No. 9 in Bristol, making a best pass of 5.995 seconds at 243.46 mph. He matched up with Jim Laurita in the first round Saturday, but the JEGS.com Corvette lost traction not long after the hit, and Laurita sped away to the victory with a pass of 6.015 seconds at 224.14 mph.

Coughlin, the 2012 Pro Mod champion, hopes his Steve Petty-led team can turn things around soon. But he's still a proud father and brother, getting to watch son T.J. and brother Jeg compete this weekend.

"I wish we could've won, obviously," Coughlin said. "But to get to race with Jeg and T.J., that's pretty cool. They're running pretty strong, so it's still a pretty exciting weekend. Hopefully one of those guys will pull it off and grab a couple Wallys to take home."