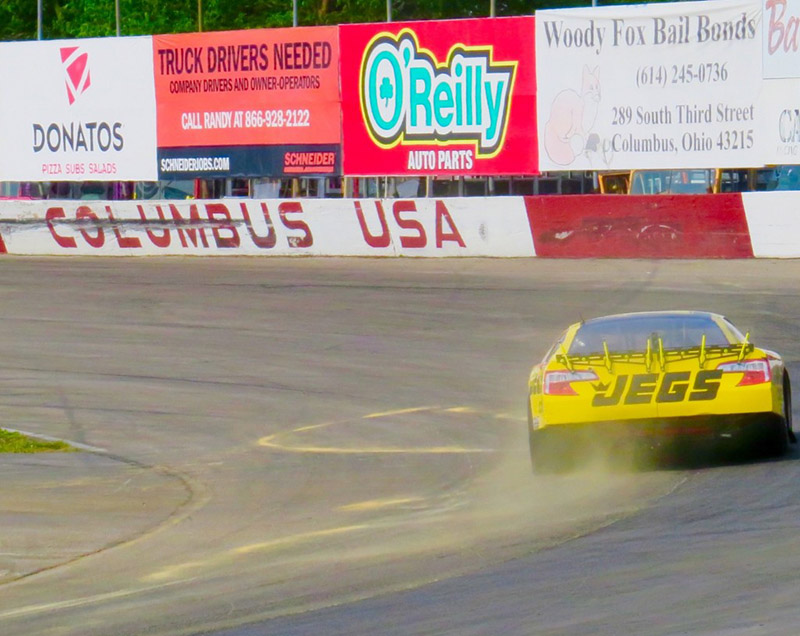 After multiple rain showers throughout the day, the JEGS/CRA All-Stars Tour Memorial 100 at Ohio’s Columbus Motor Speedway was postponed due to rain.  Cody Coughlin was fast during practice, but he’ll have to wait another day before he can take the JEGS.com Toyota Camry to victory lane at his home track.

When Coughlin finally got on track for practice after the first rain shower, the Joe Gibbs Development driver immediately showed speed.  The 20 year-old ended the one and only practice session eighth on the board.

Qualifying was delayed due to a second rain shower, but that didn’t keep Coughlin from once again showing his speed.  He timed in second overall out of the 30 cars there with a fast lap of 13.811 seconds.

An invert of nine gave Coughlin the eighth starting spot, but Mother Nature decided the race will have to be run on another day.

A make-up date has yet to be scheduled.  Champion Racing Association officials said an announcement will come within the next week.