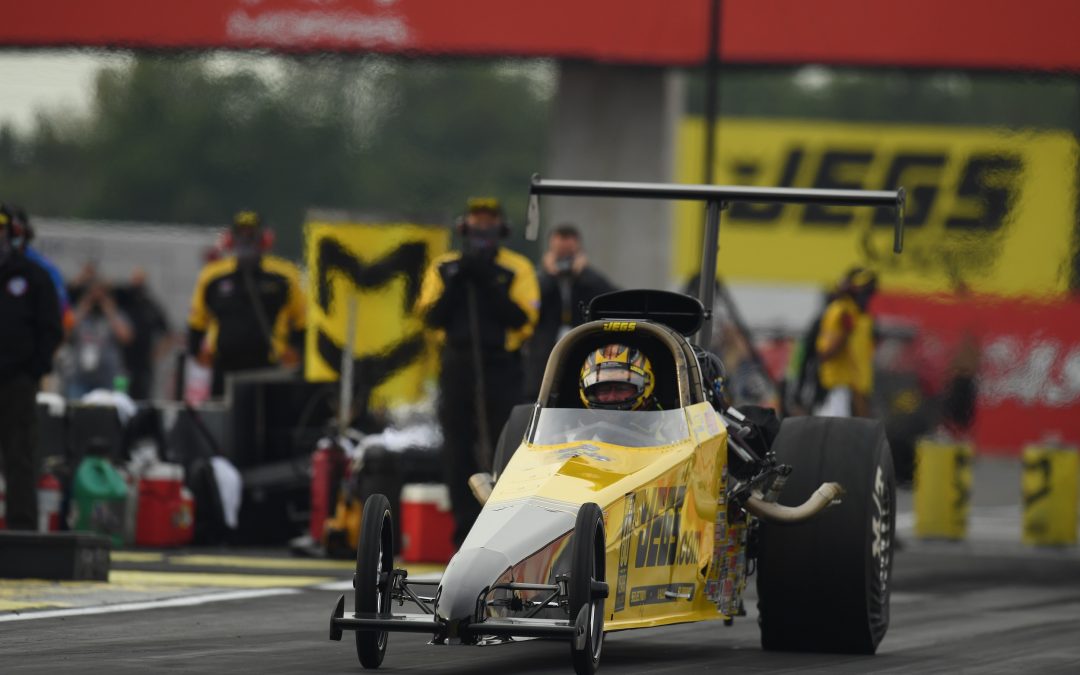 ST LOUIS (Sept. 22) — This drag racing season has been very different with schedule constrictions necessitating more double-up weekends than ever before. But for reigning Division 3 Top Dragster champion Mike Coughlin and a few others, this weekend’s Lucas Oil Drag Racing Series race at World Wide Technology Raceway will present three chances to visit the victory circle.

Due to a late-round rainout on August 30 at the last D3 race in Bowling Green, Ky., Coughlin and his fellow remaining survivors from Beech Bend will start this extended weekend by finishing the last few rounds of the previous race. Together with the regularly scheduled double-header, Coughlin knows this year’s Division 3 championships will likely be decided under the famous St. Louis Arch. 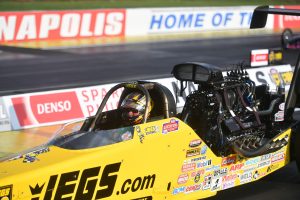 “it’s going to be a really exciting four days,” Coughlin said. “I’ve always enjoyed double-header weekends because they’re like bracket races where you’re just constantly on the go. This weekend will be even more crazy with three races. I’ve never had three NHRA races in a weekend before. I actually doubt it’s happened very often. I just know we won’t have a chance to catch our breath until Monday. It’ll be awesome.”

After qualifying No. 1 with a stout 6.108 at 224.77 mph in Bowling Green, Coughlin used a bye run and wins over Phillip Oakley and John Biagi to reach the semifinals before rain drove everyone back to their pits. Several delays later, the race was postponed, leaving Coughlin and fellow D3 championship hopefuls Danny Nelson, Al Peavler and John Strassweg dreaming of finishing the job in St. Louis.

“It’s great to still have a chance and considering the four of us that are left are all in the top five in the current standings, it’s obviously very important to finish this one off with a win,” Coughlin said. “”Then we need to turn right around and go deep into eliminations in the other two races. It’s all or nothing at this point.

“My crew chief Greg Cody, along with Tony Collier and Ryan Micke, have been very pleased with the JEGS Dragster and how it’s been responding so we don’t have any plans to change what we’ve been doing. We like to stay within our plan and race one round at a time, which is what we’ll be doing again in St. Louis.”

Currently, Coughlin is third in the D3 Top Dragster championship points. He trails Nelson by 45 points and Patrick Forester by 20. Peavler is just 11 points behind Coughlin in fourth, and Strassweg is 10 more back in fifth place. 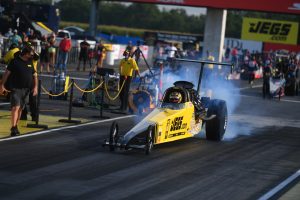 “We’ll keep racing until they tell us to stop,” said Coughlin, who also has two D3 titles in Top Sportsman, earned in 2007 and 2009. “We’ll know a lot more about where we all stand by Sunday afternoon and then we’ll go from there. I’m planning on coming back to St. Louis next weekend for the national event and maybe we’ll go to Dallas also. We’ll have to see how everything shakes out. It’s a very exciting time.”