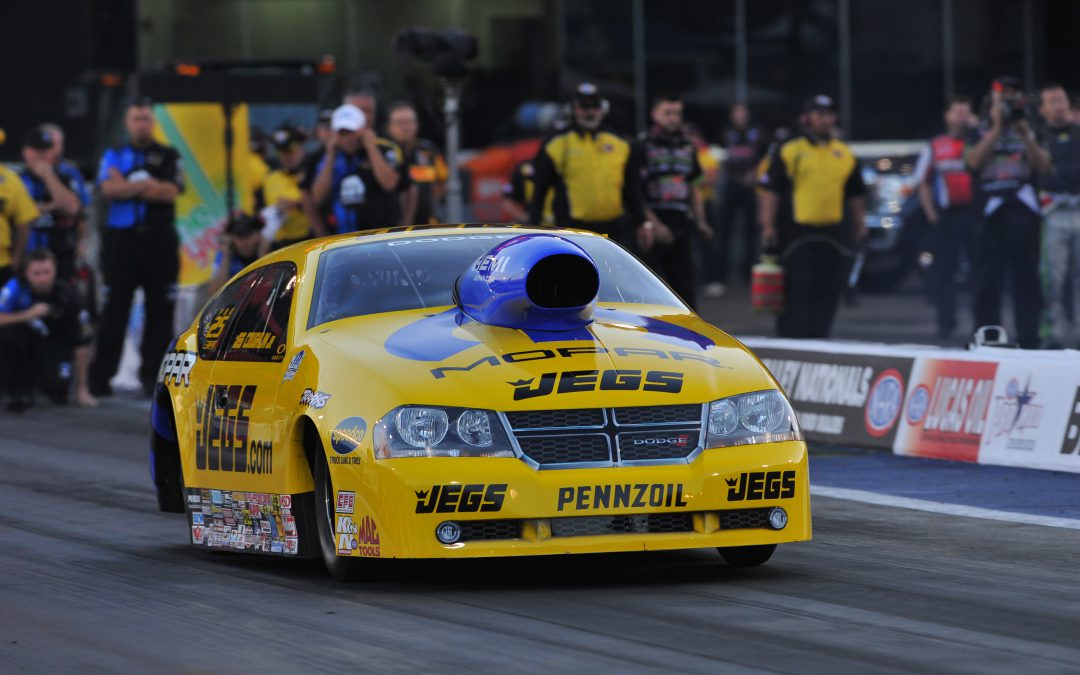 BRISTOL, Tenn. (June 16) — On a day when the top three runners in the ultra-competitive Pro Stock category were all eliminated earlier than expected, Jeg Coughlin Jr. was relieved to maintain his No. 2 ranking in the Mello Yello championship points after a Round 2 dismissal at Bristol Dragway.

Coughlin had a car that could have gone the distance, but upstart Erica Enders managed to squeak out a .009-second holeshot victory in the quarterfinal round to end the five-time champ's day. Fortunately for Coughlin and his JEGS.com/Mopar Dodge Avenger, points leader Mike Edwards and third-place Allen Johnson also lost in the same round, leaving the top echelon of the class as it was at the start of the weekend.

"We've just got to lick our wounds and roll," Coughlin said. "That's about all we can do. We came out swinging and made a great run in Q1 and just kind of tapered downhill slowly after that."

"We changed motors for today and made a real nice run there in the first round with a .66, and I honestly felt like we could come back up and be in the mid-teens (in reaction time) and run another .66 there in the second round," Coughlin said. "We just missed it on both sides. I was a little bit later than I wanted to be, and the performance of the car was just a little bit off. Collectively, we needed nine-hundredths of a second more to keep the yellow and black out front. I guess it just wasn't meant to be."

No one will have long to wait to return to action as the inaugural Auto-Plus NHRA New England Nationals begins Friday at New England Dragway in Epping, N.H.

"We've got a great team, great cars, great sponsors," Coughlin said. "Everything is in line. We've just got to perform at every level. I feel really good about things going into the summer here. We've got really seven weeks straight with three more races after this one, a test in Denver and then three races out West. It's going to be a really fun stretch.

"Sure, we were looking to start things off with a little stronger run here in Bristol than what we showed today, but we can't look backwards at this point. We'll chalk this up and keep trucking."