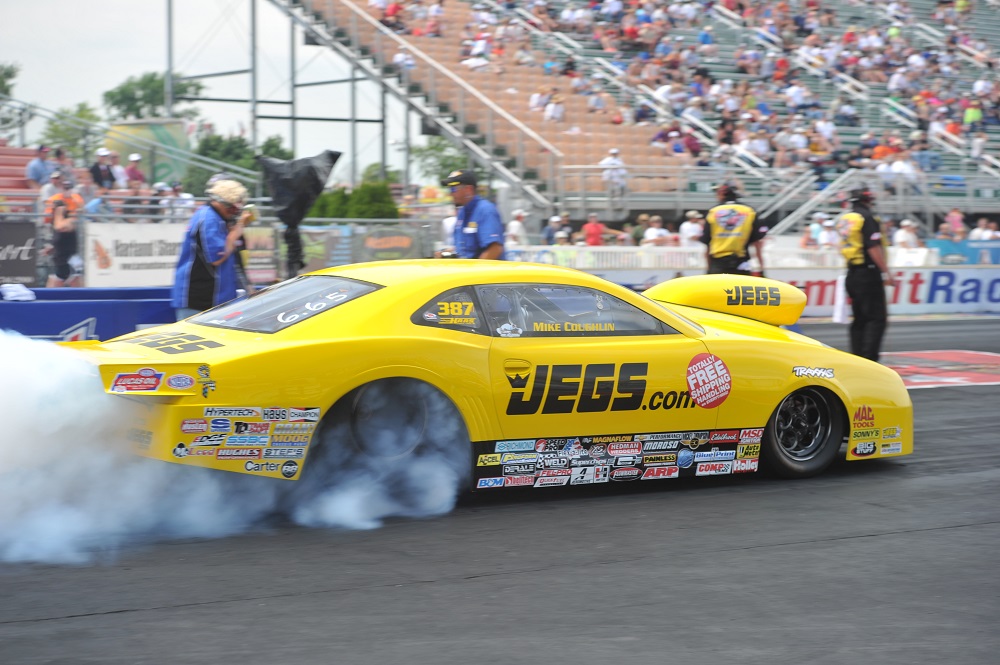 Additionally, Clay and Kelly Coughlin will be racing JEGS Junior Dragsters in a winner-take-all race Sunday.

Mike Coughlin, a 13-time national event winner who recently claimed the trophy at the NHRA national event in Norwalk, Ohio, will continue his quest for a third Division 3 championship in Top Sportsman in his lightning-fast Camaro.

"We're going to keep doing exactly what we were doing in Norwalk," Mike said. "No need to change anything; the car was absolutely flawless. We made a slight change to the rear suspension for the hotter weather and it worked. The guys kind of foresee the same type of conditions coming up this weekend so it should work great at National Trail also.

"It'll be a blast to watch Meghan and Kelly make their debuts, Meghan in the Lucas Oil Drag Racing Series and Kelly in Junior Dragsters. And my boy Clay will be out there fighting for the trophy as well. It's a big family weekend, for sure."

Third-generation racer Troy Coughlin Jr., the son of Pro Mod champion Troy Coughlin, will once again race in both Super Gas and Super Comp at this event. T.J., as he's known to family and friends, is ranked fifth in the D3 Super Gas points, based on the strength of two runner-up finishes this year in his JEGS.com Corvette. He'll also try to move up the national and division points in his JEGS.com Super Comp dragster.

"It's going to be so much fun racing as a family, especially with my sisters Meghan and Kelly and Cousin Clay helping me represent the third generation of Coughlins on the drag strip," T.J. said. "Racing at National Trail is like racing in our backyard. I've been there so many times it's super familiar to all of us, and that helps you relax.

"Racing-wise, I'm planning on sticking to the basics. I can only control what I'm doing in my racecars so that's what I'll focus on. I always so my best when I'm having fun and with Uncle Mike and Meghan there, I should definitely be able to have fun."

After taking several years off from racing to concentrate on the family business, JEGS High Performance in nearby Delaware, Ohio, 26-year-old Meghan Couglin will climb behind the wheel of her six-time world champion uncle Jeg Coughlin Jr.'s hand-built JEGS Mail Order Chevy II wagon. It will be her debut in the Super Street class with the unique and proven racecar.

"I've only ever raced Junior Dragsters so this is my first time out in a big girl car," Meghan said. "I'm so excited and my nerves are going, for sure, but I know when I get in the car and fire up the engine all that goes away. You get that tunnel vision of a racer where all you really see is the racetrack.

"We've tested with the car and it's very fun to drive. Having been away from racing for so long I really don't have any goals other than enjoying myself. If I could get even one round win it would be awesome."