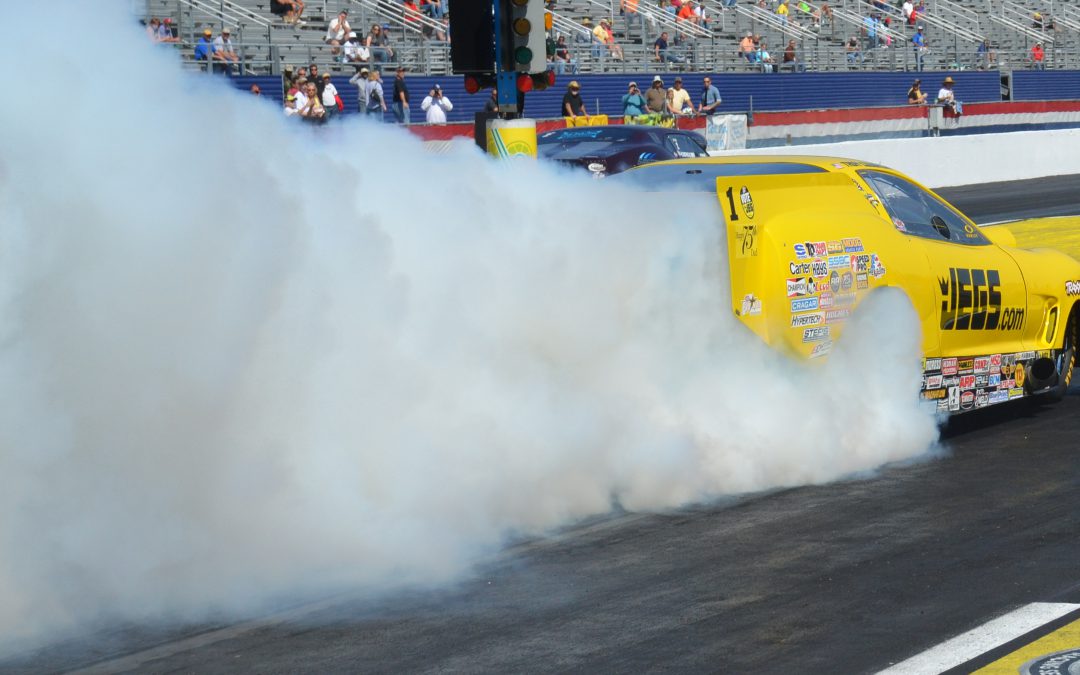 INDIANAPOLIS (Aug. 27) — The long summer break in the NHRA's Pro Mod class is over with action resuming this weekend with the 59th annual U. S. Nationals at Lucas Oil Raceway.

Reigning series champion Troy Coughlin has big plans for his twin-turbocharged JEGS.com Chevrolet Corvette, the most important of which is returning to the top of the national points standings. Coughlin currently resides in second place, three and a half rounds behind Rickie Smith.

"We need to go a few rounds further than Rickie, for sure," Coughlin said. "Although that won't be easy because he's been running awfully well the last few races. I certainly think we're capable; we just need to go out there and get it done.

"Like every other race we need to just focus on our racecar and doing the best we can every round. The points tend to take care of themselves so there's no reason to obsess over them. Last year we never led the points until the final round of the last race when we clinched the championship, so that's a good example of what I'm saying."

Coughlin has raced to the final round in half of the first six races of the Pro Mod season. He won the NHRA Four Wide Nationals in Charlotte and drove to runner-up finishes at events in Englishtown, N.J., and Bristol, Tenn.

"The car has been good," Coughlin said. "We've been chasing the power curve a little this year. They changed the rules regarding the way we can run our car and it's taken us time to catch up. We're still not exactly where we want to be but we're closer.

"We tested this past weekend at an NMCA race in Norwalk (Ohio) and made 10 passes altogether. Steve (Petty, crew chief) tried a bunch of things he's been working on and was very pleased with the results. We were at a race and I wanted to go after the trophy but that wasn't the goal of the weekend. In the end, we decided to stay out of everyone's way because they are running for the championship in that series and we didn't want to upset the apple cart, so to speak."

Coughlin has won Indy before, although it's been quite a while since his triumph in the Super Gas class in 1991. Nevertheless, he knows the track well and has a good idea what to expect this weekend.

"It'll be hot and this is the longest weekend of the year so it'll be a bit of a grind," Coughlin said. "The cool thing is my brother Jeg is racing Pro Stock and my son Troy Jr. is running Super Gas and Super Comp so we'll have lots of fun rooting for them. The family is closing in on 100 national event wins and it could happen this weekend so I'll try my best to add to the total."