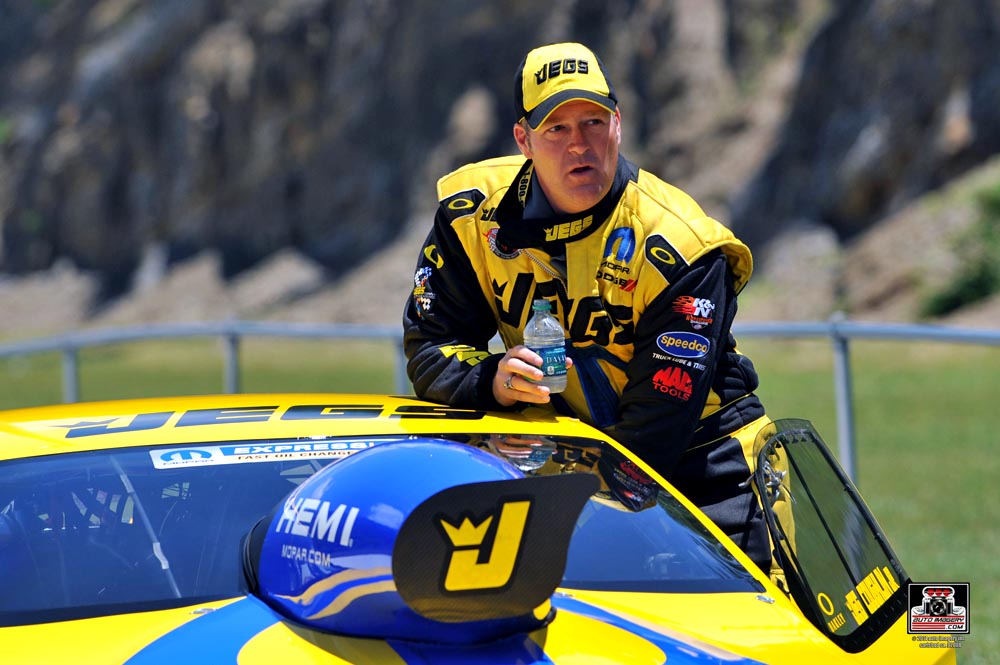 EPPING, N.H. (June 16) — Drag racing fans in the Northeast should be in for a remarkable weekend at New England Dragway, according to reigning Pro Stock champion Jeg Coughlin Jr. Already in possession of the current track record of 6.533 seconds, Coughlin is convinced that mark will be demolished, and judging by the way his JEGS.com/Mopar Dodge Dart has been running lately, he could be the man to get it done.

"We really look forward to Epping this coming week," Coughlin said. "It'll be a really big turn of tides for us as we travel up the East coast, coming from a very hot race in Bristol (Tenn.). It looks like the weather is going to be cool all week up there and with Epping being situated very close to sea level, I believe we'll see a little remake of those 6.40s we were having fun with just a couple weeks ago."

Coughlin is referring to the late May race in New Jersey when almost half the field qualified with 6.4-second passes. It was a race Coughlin went on to win, which added to another victory he scored in Atlanta. He also has a runner-up result in Topeka, Kan., this year, giving him three final-round showings in the last four national events.

"The entire J&J Racing team has been doing really well, not just on the JEGS side of the pit but also over there with (teammate) Allen Johnson's Mopar Dodge Dart," Coughlin said. "He was the one that beat me in Topeka, and he also won in Gainesville and Phoenix so as a team we have five wins this season. That's remarkable.

"Our crew chiefs, Mark Ingersoll and Adam Hornberger, have both cars running so well and everyone on the team is executing well. We had the quickest car on race day in Bristol but didn't get the result we wanted. That just motivates us all, including myself, to try even harder in Epping. We're excited and ready to race."

This event marks just the second time the NHRA has raced at the facility, and with last year's victory going to Johnson, New England Dragway remains one of just two active national event facilities where 58-time winner Coughlin has yet to win a race.

"The owners and exceptional staff at the facility were really happy to have us and happy to have their first major NHRA race there in decades," he said. "We were glad to be there as well. The fans were fantastic. It's a very picturesque part of the country that's fun to go. We picked up a lot of fans in the Northeast there, in Maine, Vermont, Massachusetts and New Hampshire. It makes it a lot of fun.

"I'd love to add a win there to my resume. Still, what you've done in the past and the various places where we've won doesn’t give us any sort of advantage heading into a fresh race. We all start at zero, and we're okay with that."

Pro Stock qualifying sessions are scheduled for 4:15 and 6:45 p.m., Friday, and 12:15 and 2:45 p.m., Saturday. Eliminations begin at noon, Sunday. As always, ESPN2 will carry all qualifying and elimination action.