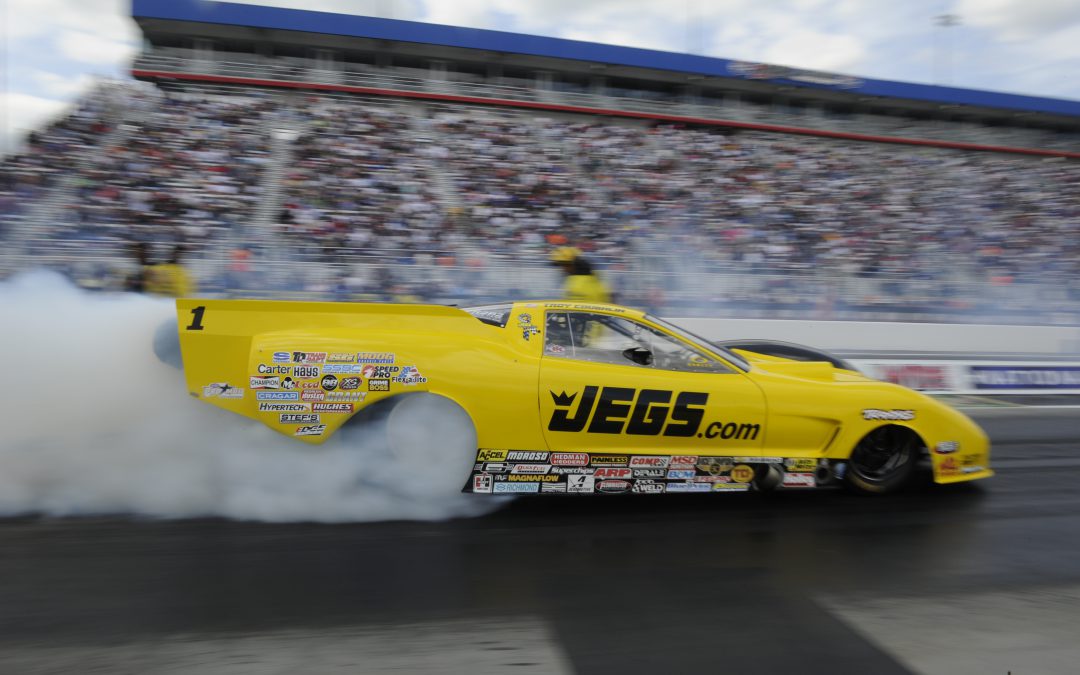 Coughlin's win Sunday in Charlotte brought him to within 19 markers of current points leader Von Smith, who won the season-opening race last month in Gainesville, Fla. Smith has one more round win than Coughlin in the two races contested this season.

"You tend to think that it's early in the season and we shouldn't be too worried about points just yet," Coughlin said, "but then you remember we only run 10 races in this series so every one of them is pretty important. It's vital to turn in good performances every race, if you can, because all these points that are up for grabs now count as much as the ones you get at the end of the year."

The twin-turbo JEGS.com Corvette Coughlin rode to the winner's circle in Charlotte ran like a bracket car in eliminations, recording consecutive passes of 5.909, 5.902, 5.882 and 5.893 seconds. He had the quickest car of the final three sessions.

Adding to the dominance was Coughlin's prowess behind the wheel. He left the starting line ahead of three of his four opponents, with the other a virtual dead-even launch. His reaction-time average was .044 seconds.

"Everything is working so well with the car," said Coughlin, who closed 2012 with back-to-back wins. "(Crew chief) Steve Petty and the guys are making no mistakes and we're all pretty excited about our performance in Charlotte.

"When you have a great racecar it translates to confidence behind the wheel. I know I've got a fast car and I feel a real obligation to the guys in this pit to drive to the very top of my ability every time out. The car's a real dream to drive and we feel very strongly that every race presents another opportunity to win."

For the second week in a row, Coughlin will be able to fill his limited down time at the racetrack by watching his five-time champion brother Jeg Coughlin Jr. race in Pro Stock. Jeg has reached two final rounds in the first five races on the year.

"Jeg stuck around last weekend and was one of the first people down at the end of the track to congratulate me when we pulled off the win," Troy said. "That was special and I can't wait to return the favor. Even better, we'd like to both win and have a big JEGS party in the winner's circle."