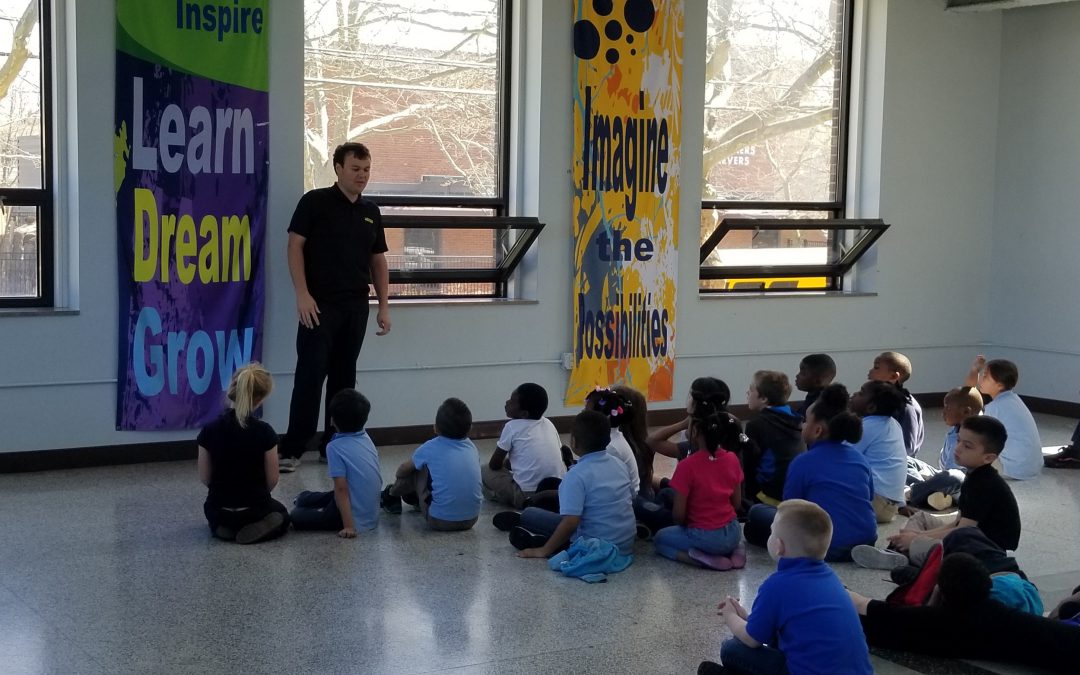 Just before leaving his home state of Ohio to head south, Coughlin visited Inspire Elementary School in downtown Columbus as part of the school's Career Day. The reaction he got from the kids to his job as well as his bright yellow and black dragster has given him extra motivation for this weekend and the season ahead.

"I was meant to go there and inspire the kids to chase their dreams and passions but I think I got more out of it than they did," Coughlin said. "Seeing the 'awe-factor' in their eyes and the excitement in their voices for our racing program reminded me how lucky I am to live my dream every day. It's reinvigorated me to always remember to enjoy the opportunities we have."

Coughlin certainly lived a dream last year — his first in the demanding Top Alcohol Dragster class — as he rode team owner Rich McPhillips' expert tune-up to four victories, the North Central Region title and a fourth-place finish in the national rankings. Naturally, they hope 2019 delivers even bigger returns, although Coughlin knows it's never easy in the NHRA.

"Rich has worked very hard over the last few weeks on getting all our ducks in a row and being as tenacious as we can be as a group to attack this Houston field," he said. "Megan Meyer is running really well right now and she's going to be there. Really, all of the cars on the entry list are running extremely well so we need to show up for Q1 and be ready to put a big number up on the board right away. That way we'll have a good spot on the ladder from the get-go and we can build from there.

"Looking at the forecast, there's a chance we will only get two qualifying shots so making a strong pass in Q1 is big so we can get after it harder in Q2. It would be great to be the No. 1 qualifier because of the potential for a first-round bye. That’s another major incentive to go out there and put this yellow-and-black JEGS car on top of the timing sheet."

Representing all of his sponsors in a major city like Houston also has Coughlin excited about a big weekend at Houston Raceway Park powered by Pennzoil.

"We are excited to get to the track," Coughlin said. "We had a great test session in Darlington, South Carolina last week. We learned a lot there and we have some great new tuning options available.

"I know the track’s awesome and Houston is a really neat city. It’s provides us a chance to interact with a unique demographic on NHRA’s schedule so that’s a great selling point on the drag racing side of things for all motorsports."