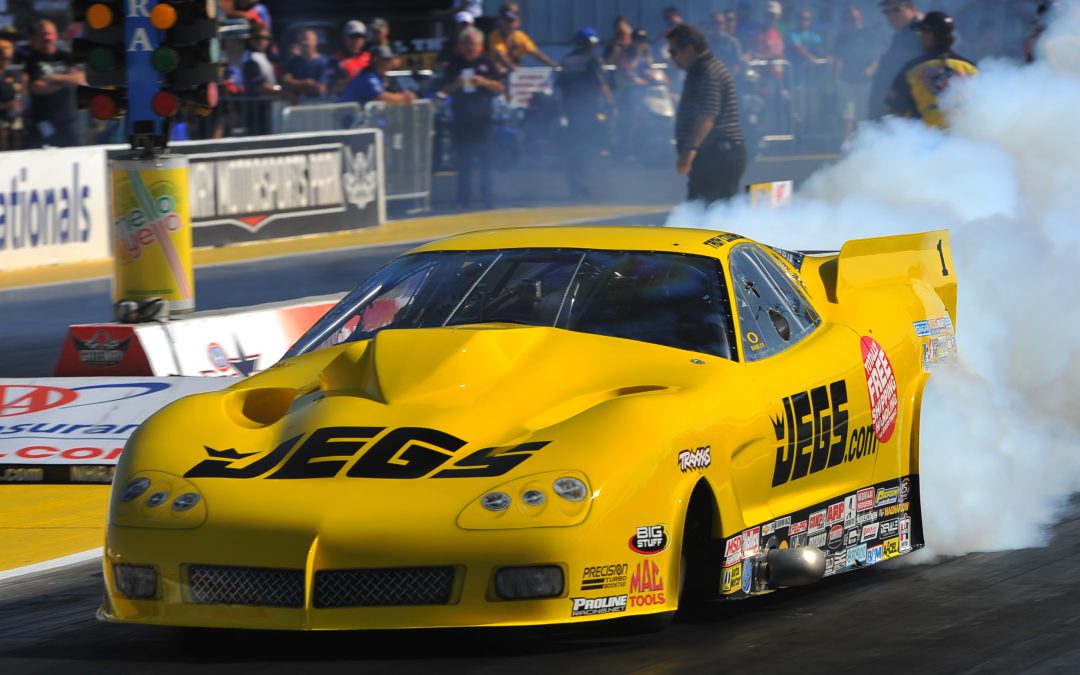 LAS VEGAS (Oct. 23) — With any chance of defending his Pro Mod world championship just out of reach, Troy Coughlin arrives at The Strip at Las Vegas Motor Speedway for this weekend's season-ending drag race with eyes on the next best thing.

"We can still finish second so that's our goal," Coughlin said. "We won this race last year to clinch the title and this year we know we can clinch second place if we win again, so that's the goal for the JEGS.com Corvette race team."

The Pro Mod series contests just 10 national events each year and with a victory at the first Charlotte race and runner-up results in Englishtown, N.J., and Bristol, Tenn., Coughlin was in the mix to win it all again this year until a crushing, late-season DNQ at the second Charlotte race put this year's title out of reach.

"It was a challenging year for us because the NHRA changed the rules a bit to level the playing field and those of us with turbocharged cars had a steeper adjustment curve," Coughlin said. "When you have a category as competitive as Pro Mod and you have three different power adders — turbo, supercharger and nitrous — to choose from, it really is a complex balancing act to get everyone on the same page. Plus, technology is constantly changing. I think NHRA does the best they can to keep it fair.

"We learned a bunch and I feel really good about next year. We'll see if they do anything to slow the other guys down a touch because I think we're maxed out with the turbos and the others have still got us covered by a few hundredths (of a second) every round. It makes it tough."

Coughlin is happy the season is ending in Las Vegas so he can enjoy all the city has to offer.

"It's a great place and there's so much to do," Coughlin said. "We enjoy the shows and going out to eat at some of the best restaurants in the country. There's not as much pressure on us this year so we'll be able to relax a little more than normal.

"Bruton Smith owns the best drag strips in the country and this one might be my favorite. It would be neat to close out the year with another win at his place."