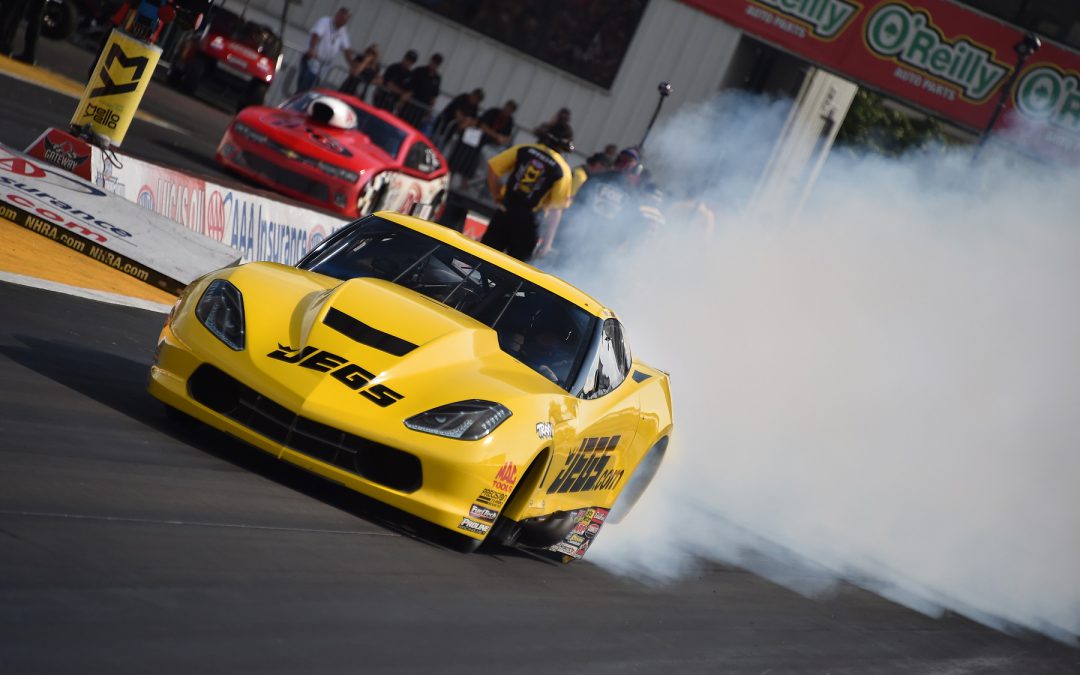 LAS VEGAS (Oct. 24) — It seems every year about this time Troy Coughlin finds himself in an intense battle for the J&A Services Pro Mod world title. This season is no different as the reigning champ arrives at this weekend's 16th annual NHRA Toyota Nationals with a chance to claim his third championship of the last five years.

One year ago, the task was much easier as Coughlin pulled into The Strip at Las Vegas Motor Speedway trailing Mike Janis by just 28 points. With his JEGS.com twin-turbo Corvette in perfect running order, Coughlin was able to catch and pass Janis to snatch the title away. The final race in Vegas was the only time he led the points all year.

This time things are a bit different as Coughlin trails long-time foe and his former crew chief "Tricky Rickie" Smith by 93 markers, a huge deficit to overcome in one race.

"We're definitely a long shot to win the championship again this year but we do have a shot so anything can happen," Coughlin said. "We'd need Rickie to lose in the first round and then we'd have to win the race outright and set a national record to pass him, which will be very tough to accomplish. Still, we do have a chance, and that's all you can ask for.

"Rickie's very, very tough and he's done a great job once again this year. He hasn't lost in the first round yet so that's a real credit to his team. We will still give it our best shot."

Smith and Coughlin have battled many times in the past. After winning the 2012 Pro Mod title, Coughlin finished second to Smith in each of the next two seasons before winning it all again last year. Smith, meanwhile, finished fourth in each of Coughlin's two championship years.

To prepare for his last-gasp attempt at knocking Smith out of the No. 1 spot, Coughlin and the JEGS.com race team, led by noted crew chief Steve Petty, recently spent a few days testing at The Strip.

"All of the top cars were there but we did run the best short times of anyone in attendance so that gave us something to be proud of in two full days of testing," Coughlin said. "Everything Steve tried seemed to work very well and the car was perfect, as always.

"We've been in this spot before and come out on both ends of it so we're prepared for whatever happens. In this class, with the level of talent we have nowadays, every spot you earn is valuable. We'll try our best to finish strong."