Reigning series champion Jeg Coughlin Jr. returns to one of his best racetracks 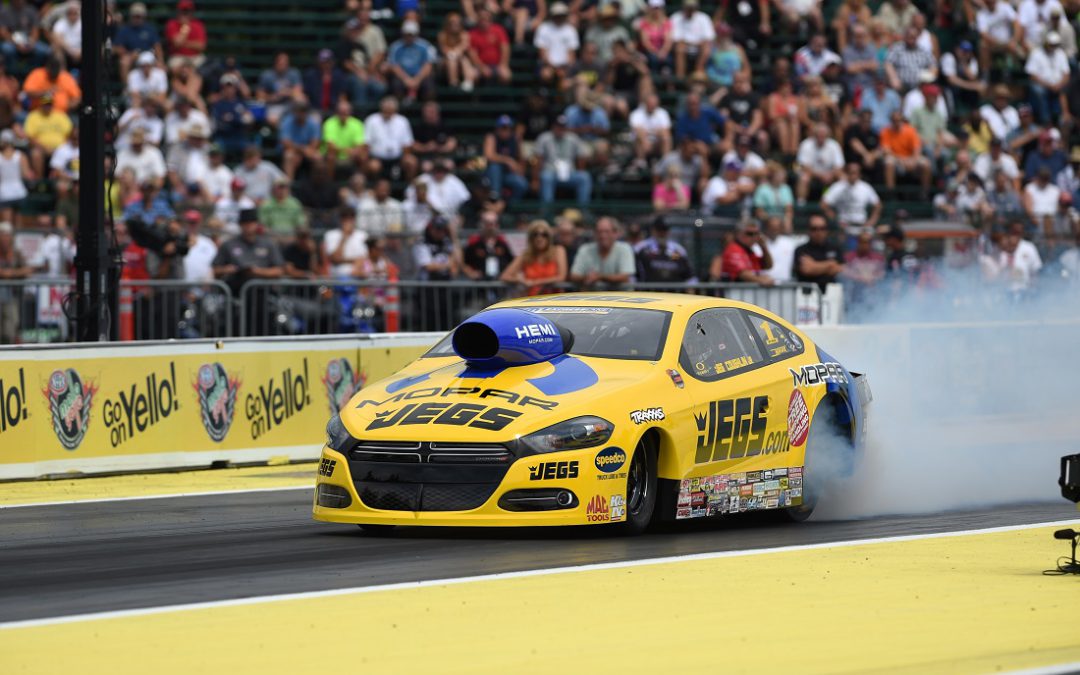 BRAINERD, Minn. (Aug. 11) — Five-time and reigning NHRA Pro Stock champion Jeg Coughlin Jr. is more than excited about this weekend's return to Brainerd Int'l Raceway for the 33rd annual Lucas Oil NHRA Nationals. That's because the driver of the powerful JEGS.com/Mopar Dodge Dart counts BIR as one of his top racetracks.

Coughlin's personal history in the Minnesota Northwoods goes a long way in explaining his love affair with this event. As a professional, he has raced to five final rounds in Brainerd, winning four of those events outright (in 1999, 2002, 2007, and 2010). He also won Brainerd's Super Stock title in 1997.

"It's a fun event and any time you go to a track where you've won, in this case on multiple occasions, you definitely have a good feeling about your chances," Coughlin said. "Quite frankly, I have a great feeling about this weekend. The guys have both of our team cars in top condition and we have all the elements in place for success.

"Of course, the other big thing about Brainerd is the fans and the craziness of 'the Zoo.' Those folks certainly know how to have a good time, and they are always extremely welcoming to all of the drivers and crew personnel, welcoming us into their world. It's like a giant party that happens to feature a drag race."

With this weekend's race one of just two remaining events in NHRA's regular season, Coughlin finds himself in a heated battle for position in the championship rankings. Having already earned his spot among the 10 racers who will qualify for this year's Countdown to the Championship, Coughlin knows every spot he can gain in the points standings will help his cause in the six-race playoffs.

"We've had some up an down moments this season, mostly up," Coughlin said. "We had a great stretch in the early part of the summer and we'd like to get back to that sort of success as the Countdown approaches. We clinched a spot pretty early, so that's afforded us the time to try out some things for the playoffs.

"They do reset the points and separate us all by 10 points from 1-10 for the start of the Countdown, so while you'd love to start higher up the grid, it's really a negligible difference between being third or fourth or second or third. It's more important to enter the Countdown with momentum, which we can start this weekend."

The JEGS.com team has appeared in five final rounds in the first 16 events of the season with Coughlin claiming victories in Atlanta and Englishtown, N.J.

Pro Stock qualifying sessions are scheduled for 3 and 5:30 p.m., Friday, and 1 and 3:30 p.m., Saturday. Eliminations begin at noon, Sunday. ESPN2 will carry all qualifying and elimination action.