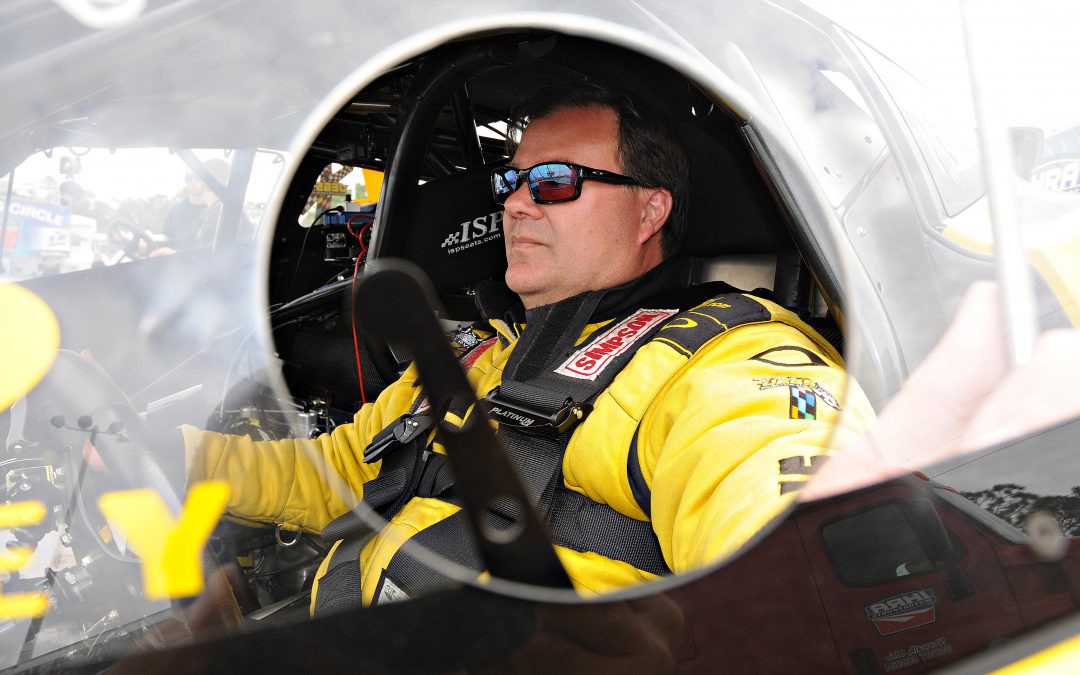 Coughlin made a late-season charge to clinch his second Pro Mod title at the final race of the year last October in Las Vegas. The championship matched the one he claimed in 2012, with the two titles bracketing a pair of runner-up finishes.

"It's been a pretty remarkable run these last four years," Coughlin said. "You don't think about it as it's happening because you're generally focused on the next round, the next race, but it's neat when you do have time to reflect to see how well we have done.

"It's definitely all about this remarkable team. Steve Petty is the best crew chief in the business and having guys like Mike Rees, Justin Beaver and Kyle Pettis stick with us for so many years, that makes such a huge difference. I'm so honored to drive this racecar and work with these guys."

Any thoughts about Coughlin and crew being content with their standing in the Pro Mod world should be immediately dismissed as the group has seemingly worked even harder on 2016 than any previous attempts.

"Winning is addictive," Coughlin said. "This crew has been through a title defense before and they know everyone out there will take their best shots against us every single round. There's something about racing the car with the No. 1 on the window; you just want to prove yourself against the car that did the best the year before.

"We've tested a bunch and we raced in the RPM Pro Mod Warm-up a few weeks ago and had a really good outing there, qualifying No. 2 and running our best pass ever in NHRA trim. That really has us excited."

But even after that outing, the JEGS.com crew hasn't slowed down, continuing testing this week in Valdosta, Ga., to make sure they're in top form by Friday.

"It's a big weekend," Coughlin said. "First of all, it's my dad's birthday and he's coming up to watch me and my brother Jeg Jr. race. It will be awesome having him there. We're all going to the International Hall of Fame Induction Ceremony together also, which will be great. Dad's already a member.

"I'm also really looking forward to being able to see Jeg Jr. race in Pro Stock. We have a good time racing together and it's awesome he's back out there this year."