Riding a wave of success, Coughlin surfs into Brainerd with winning on his mind 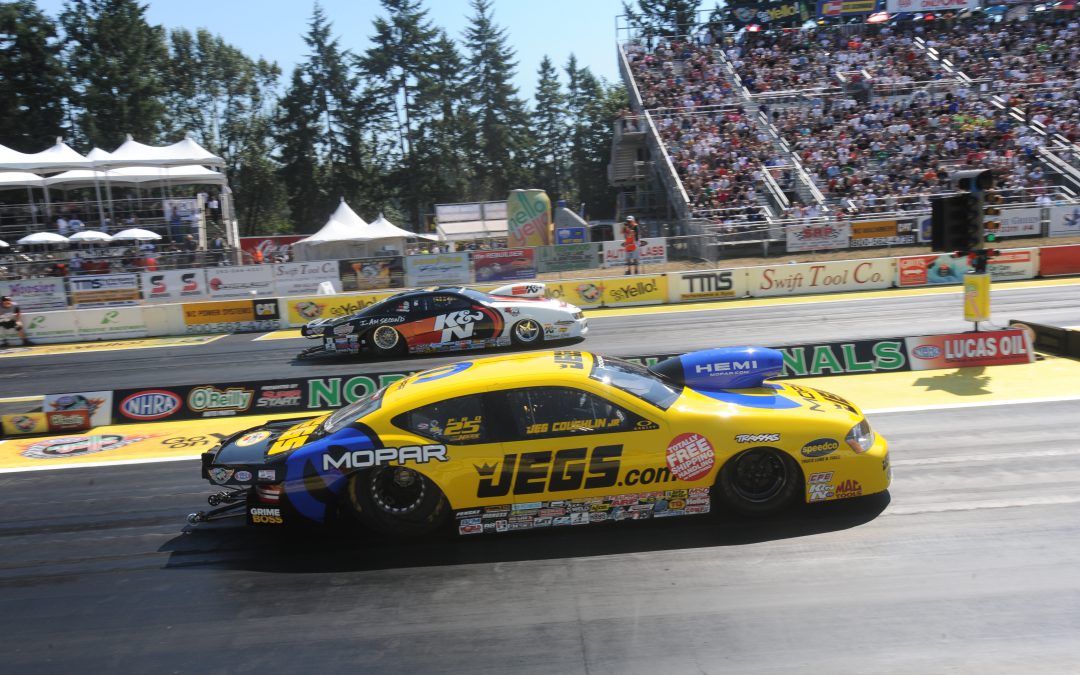 Heading into this weekend's Lucas Oil Nationals at Brainerd International Raceway, Coughlin, a five-time world champion who has won a record-tying four times at BIR, says the momentum gained out west will serve him and his stablemates well as the NHRA's playoffs come into focus.

"We all seem to be picking up our performance at the right time," Coughlin said. "Our JEGS.com team is coming off two runner-up finishes in a row, which has been fantastic. Vincent won the last two races, and Allen won in Denver. We only have two races left before the Countdown so it's exciting to see it coming together for all of us."

Coughlin won a total of six rounds during the Western Swing, Johnson had seven, and Nobile racked up nine. No one else in the category had more than four.

"There's been a lot of momentum gained, really in the last 10-12 weeks, so we're all very optimistic," Coughlin said. "Plus, this little bit of time between Seattle and Brainerd has allowed us to get back to the shop where we managed to find a few more things that will help us get this car to go straight, so things are really going well.

"Without overlooking Brainerd and Indy in any way, we're definitely focusing on the Countdown and that six-race run to the title. We've tested a lot throughout the year and the success we've all had recently tell us we're heading in the right direction."

There's certainly no reason to think Coughlin's will slow down this weekend. The 70-time national event winner visited BIR's winner's circle in 2010, 2007, 2002 and 1999, making this one of his favored stops on tour.

"It's a great track, a great town and the fans are wild," Coughlin said. "It's hard not to have a good time when you're surrounded by a bunch of folks that are having so much fun. We feed off of their energy for sure."

Professional qualifying rounds begin at 3 and 5:30 p.m., Friday, and continue at 12 and 2:30 p.m., Saturday. Eliminations are slated to start at 11 a.m., Sunday, with ESPN2 carrying all of the action.