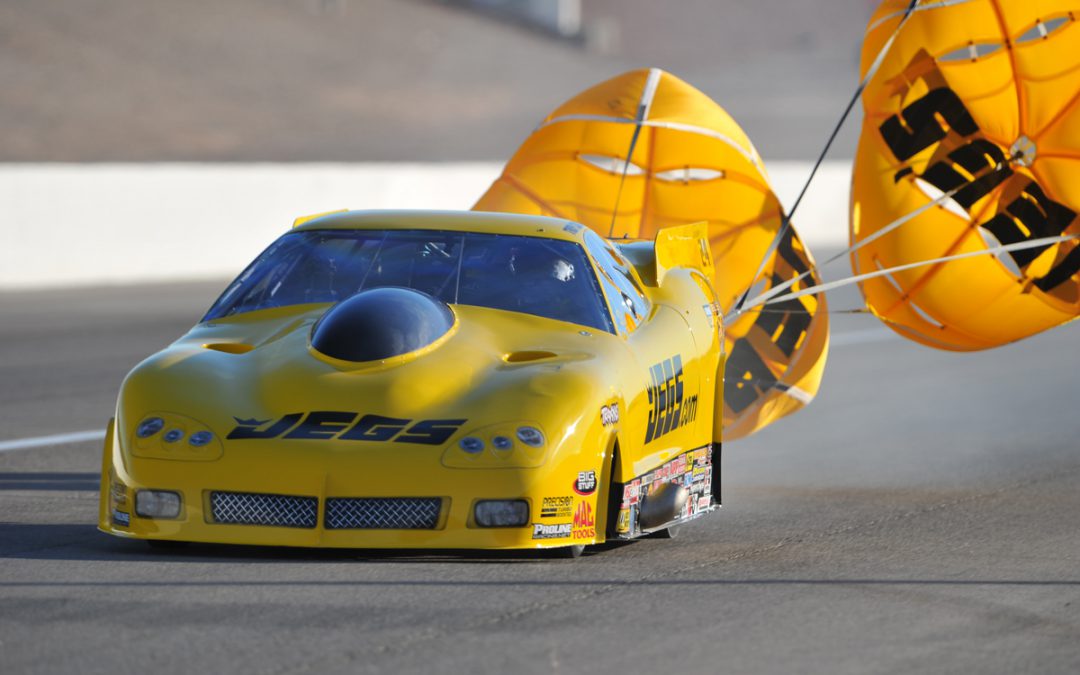 GAINESVILLE, Fla. (March 12) — Troy Coughlin may be a veteran of more than two decades of drag racing but at this weekend's 44th annual Amalie Oil NHRA Gatornationals he'll experience something for the first time — pulling through the gates with a big No. 1 on his JEGS.com Chevrolet.

"This is an exciting moment in my career," Coughlin said. "We won the championship a few years back and that was very cool but to win a title in the NHRA in a category as tough as Pro Mod, well, it's special."

Coughlin captured the crown in the NHRA Pro Mod Series presented by ProCare Rx in dramatic fashion, coming from third in the points at the final race of the year to win it all. Sunday at driver introductions, NHRA officials will present him with his championship ring and jacket.

"My wife Julie and the kids will all be there," Coughlin said. "My dad is coming over from his place in

"I think it's really cool for the guys on the crew. They worked so hard for me last year and it's their hard work that made it happen. I tell you, these guys are special. They are so determined to defend this championship. It's all they've talked about. They're always pretty serious about our racing but they've found a way to kick it up another notch this year. They are so focused."

In the past, Coughlin has been the one taking aim at the top drivers. Now he knows the target has shifted to his back.

"I'm very familiar with the underdog role," Coughlin said with a laugh. "It will be neat to experience the other side of it. We know that everyone will be taking shots at us and that's great. We welcome the challenge.

"Every round is a dog-fight in this class regardless of what number is on your car. I don't know that we'll change anything that we do. We'll just line up and race. The competition should be tough from top to bottom. I think the NHRA has done a great job making the playing field as equal as possible between the turbo, nitrous and blown cars. We'll certainly find out who did their homework over the off season this weekend."