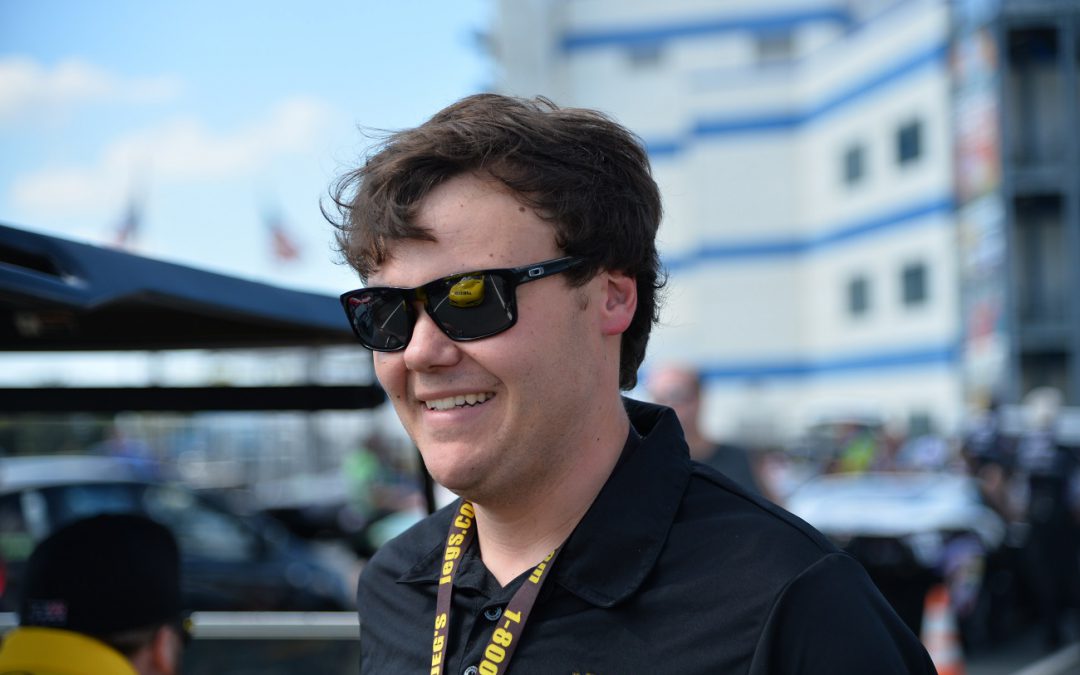 NORWALK, Ohio (May 23) — Reigning Pro Mod Rookie of the Year Troy Coughlin Jr. proved his return to the NHRA Lucas Oil Drag Racing Series was the right one with an epic weekend of drag racing at the Budweiser Cavalcade of Stars. Racing alongside his uncle Mike Coughlin, Troy Jr. recorded a runner-up and a semifinal finish in the two Division 3 Super Comp races contested.

"Drag racing is the most fun when everything is in sync like it was this weekend," Troy Jr. said. "The car, the crew, and even the driver were all clicking and we had a bunch of fun. Big thanks to Justin Beaver and Tony Collier for keeping the JEGS.com dragster in perfect working order. All I had to do was drive.

"These were the first two races of the season, so it's great to go that many rounds and collect some good points. I would have loved to close the deal and won, but going to a final round in one race and a semifinal in the other is pretty good. We are very happy."

Due to persistent rain a few weeks ago at the Division 3 opener in Indianapolis, there were two races contested during this weekend: the continuation of the Indy race and the Norwalk event.

Troy Jr. already had two round-wins under his belt in both Super Comp and Super Gas from the Indy race, and although he bowed out in Round 3 in his Super Gas roadster, he kept advancing in Super Comp, beating Dennis Ridgeway, Shannon Mingee, and Leo Zynda before Pat Martin cut an almost perfect light (.001-second) to beat him by .01-second in the semi's, 8.921 at 180.67 mph to Troy Jr.'s 8.903 at 176.37 mph.

Undaunted, Coughlin regrouped for the Norwalk portion of the event and mowed down another six opponents, including top qualifier Stephanie Shelton, who cut a perfect light only to break out by .031-second. Troy Jr.'s skins on the wall included Curt Valtman, Josh Kamplain, Brian Willingham, Steve Seredich, and Connor Grisez.

With the trophy on the line against Kimbra Fuesting, Troy Jr. was late at the Christmas Tree, giving Fuesting the victory early with her 8.937 at 167.09 mph enough to hold off Coughlin's charing 8.919 at 178.40 mph.

"I was late," Troy Jr. said. "I pride myself on doing my job in the car but I didn't get it done in the final. No excuses. My congratulations to Kimbra on the win. My car worked great all weekend and it was cool to go a lot of rounds in Ohio because this is where we're all from. It was big for JEGS Mail Order for that yellow and black car to advance."

In Super Gas for the Norwalk race, Troy Jr. lost in Round 2 to Dan Chiles.

Mike's weekend wasn't quite as productive as he continues to figure out the intricacies of Top Dragster. A past two-time Division 3 champion in Top Sportsman, Mike made the switch to the faster Top Dragster class this year.

"The car ran real well, qualified sixth with a 6.16 at 226 mph, so we had a chance for sure," Mike said. "Unfortunately we had a part fail on the blower drive in Round 1 and ended up getting beat. We're still learning but the future looks great. We're excited."