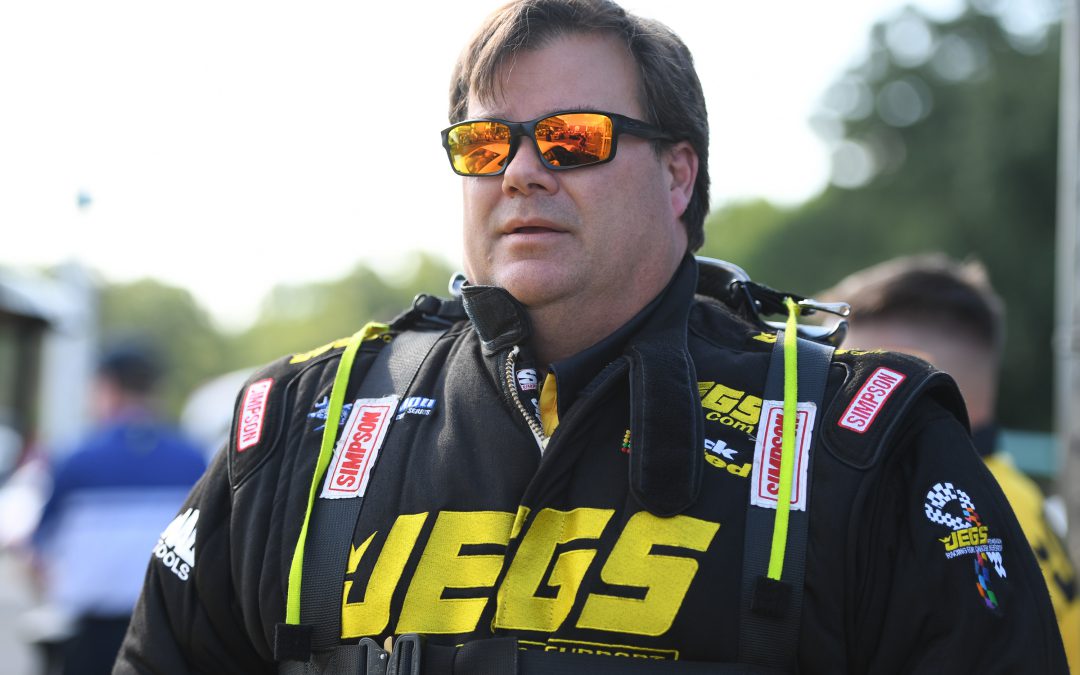 "We'll take it," Coughlin said. "To go from not qualifying in Atlanta, to a tough first-round loss in Topeka and then to come here and earn No. 1 qualifier honors and have the fastest car every single round but one, that's an awesome weekend. We couldn't be more happy about how things turned out today."

"Everyone at JEGS, all of the guys at Pro Line Racing Engines, our friends at Mac Tools, what a great group we have supporting this team. It's so good to be associated with these companies. And I always like to thank my crew chief Steve Petty as well as Mike Rees and Kyle Pettis for keeping this thing together and giving me a good fast hot rod every round, even in the intense heat we
had today."

With the trophy on the line, Coughlin lined up against longtime friendly foe "Tricky Rickie" Smith, who used a .015-second starting line advantage to squeak out a 5.884 to 5.882-second victory.

"We ran well all weekend and I've had some decent reaction times," Coughlin said. "The JEGS.com Corvette got down the track every time, which is nice because if you can get from the starting line to the finish line every session, you get great data for the ensuing rounds, and that counts for a lot. Consistency is big in drag racing.

"We got up there against Rickie and just had a little too much wheel speed through the first 100 feet and it slowed the car down a couple hundredths. When you multiply that with the slight difference in reaction times, that's how you spell 'runner-up' at the end of the day."

Aside from passing Steve Matusek and Jackson in the Pro Mod points with his big day, Coughlin was pleased to trim his deficit to leader Mike Castellana from 234 to 177 points, a sizable 67-point reduction in one race. Castellana uncharacteristically lost in Round 1 to Steve Whitely, who is now second in the rankings.

"We made up a good bit of ground on the leader," Coughlin said. "We are still pretty far back but moving up two spots in one weekend is great at this point in the season. We need to keep closing the gap on Castellana and (his crew chief Frank) Manzo. They're putting together some fast cars so we all need to keep nipping at their heels and put some pressure on them."

Up next for Coughlin and crew is the 17th annual NHRA Thunder Valley Nationals, which begin Friday at Bristol Dragway in eastern Tennessee.