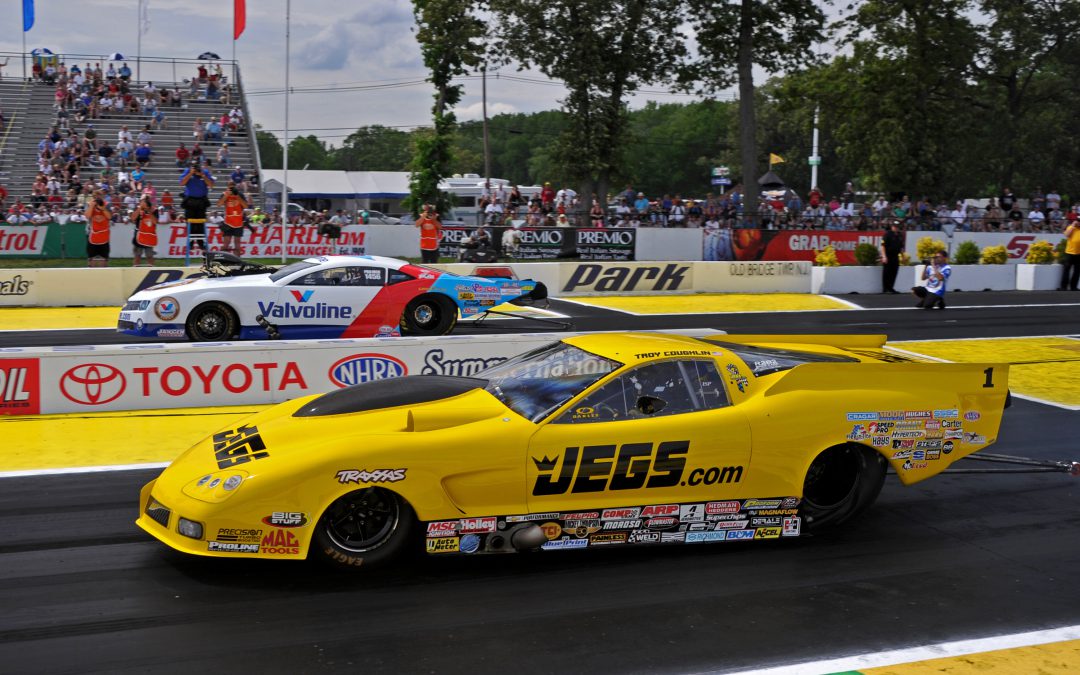 ENGLISHTOWN, N.J. (June 2) – Troy Coughlin and his JEGS.com Chevrolet reached the Pro Mod final round of the Toyota NHRA Summernationals at Old Bridge Township Raceway Park for the second year in a row, but the reigning world champion again came up just short.

A year ago, Coughlin finished runner-up to Danny Rowe. This season, Coughlin charged all the way to the finals before falling to Mike Janis.

"I can't complain," Coughlin said. "Our stuff is running pretty good and we are going rounds and having fun. We were just trying to get the boost up as fast as we can and get the motor to accelerate in the hot air. It was just a bit more of a challenge. Steve (Petty, crew chief) and the guys did a good job. We got to the finals and made good headway."

Coughlin has now reached the final round two times in the last four races, following his victory in Charlotte. On a hot track this weekend, he made four consistent passes in eliminations but fell .0334 seconds short in the final round.

"We are excited about it," Coughlin said. "We wanted to win the race, obviously, but we came in here and made some decent runs. It was not as fast as we thought it would be, but we just kept picking at the tune up trying to get the car to run faster. Things were starting to come together the last couple rounds.

"The last round we just got maybe a little too aggressive, but you have to be fast to beat those guys."

After taking out Harold Martin in the first round Saturday, Coughlin made his best pass of the weekend in the second round on Sunday. His run of 6.005 seconds at 242.76 mph knocked out Mike Castellana, who slowed with a pass of 11.341 seconds at 80.35 mph.

Janis and Coughlin had nearly identical reaction times in the final, but Janis was able to earn his first career victory with a pass of 6.035 seconds at 240.51 mph, barely holding off Coughlin's run of 6.060 seconds at 244.12 mph.

"It was a good race," Coughlin said. "I'm pretty happy with that. We moved to second place, so we're gaining ground. It's not too bad."