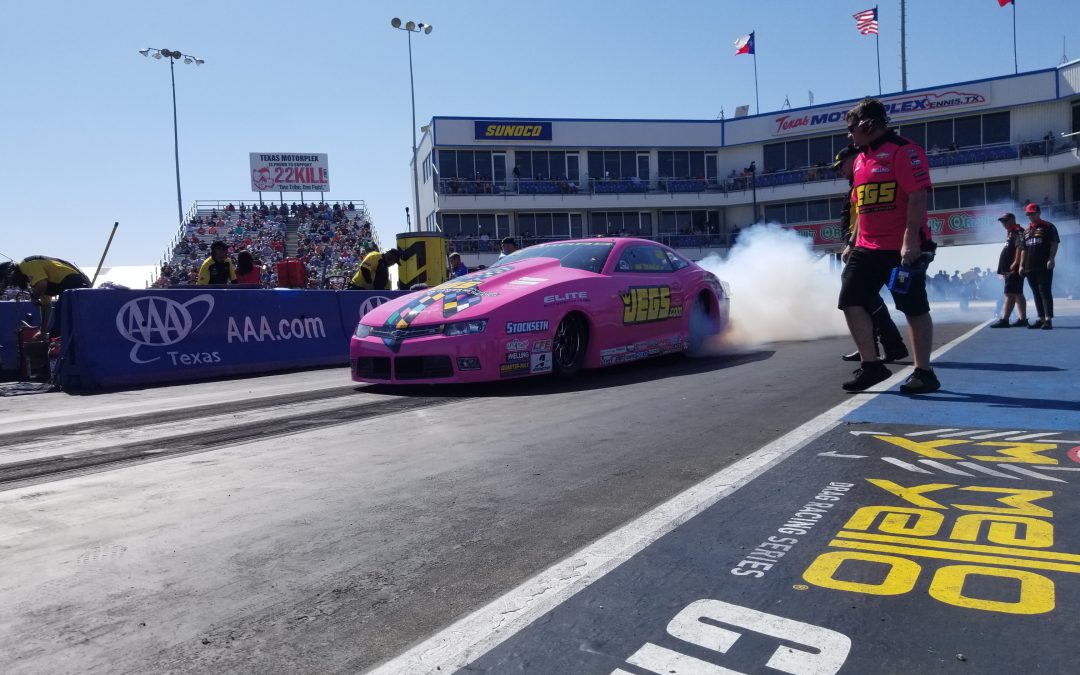 DALLAS (Oct. 20) — Prior to this weekend's 34th annual AAA Texas NHRA Fall Nationals, five-time Pro Stock champion Jeg Coughlin Jr. admitted he needed things to fall his way in the final three races of the 2019 season for his JEGS.com Elite Motorsports Chevrolet Camaro team to have a chance at a sixth world title.

Ranked No. 6 for the third consecutive race at the start of the event, Coughlin ended up making his own breaks at the Texas Motorplex, earning the No. 1 qualifying spot and advancing to his 109th career final to rocket up to third place, just 65 points out of first. It's a remarkable move this late in the campaign, but Coughlin took full advantage of the drivers ahead of him getting beat early, making up 46 points in one day.

"When you look over the weekend we only left 21 points on the table, the 20 we could have added had we won and one extra point we didn't earn in qualifying at the front of every qualifying session," Coughlin said. "So all-in-all we've had a great weekend and a very fortuitous race day and we couldn't be happier.

"We definitely had some help with the folks in front of us going out earlier than we probably could have hoped for at the start of the day and we were able to jump over a couple of them in the points, which is great. We made up ground, which we needed to do, and it's pretty safe to say we made up a bit more than we expected."

Race day started with an easy win against Richie Stevens, whose parachutes fell out at the starting line after his burnout. Coughlin staged shallow to get as much as he could out of the quarter-mile, posting the quickest run of the day, a blazing 6.573 at 209.49 mph.

Facing a familiar foe in the final, Greg Anderson, who Coughlin has raced 101 times in the past, including 21 times with a trophy on the line, the two multi-time champions didn't disappoint, swapping the lead a few times down the strip to a finish decided by just .005 seconds. This time it was Anderson taking the stripe first, 6.609 at 209.75 mph to Coughlin's 6.610 at 207.56 mph.

"We need to go to Vegas and do exactly what we did here," Coughlin said. "We have an extremely talented group here at Elite Motorsports and my teammate Erica (Enders) is in the lead so we'll have our hands full, not only with the other Elite drivers but with everyone else still dreaming about the title."