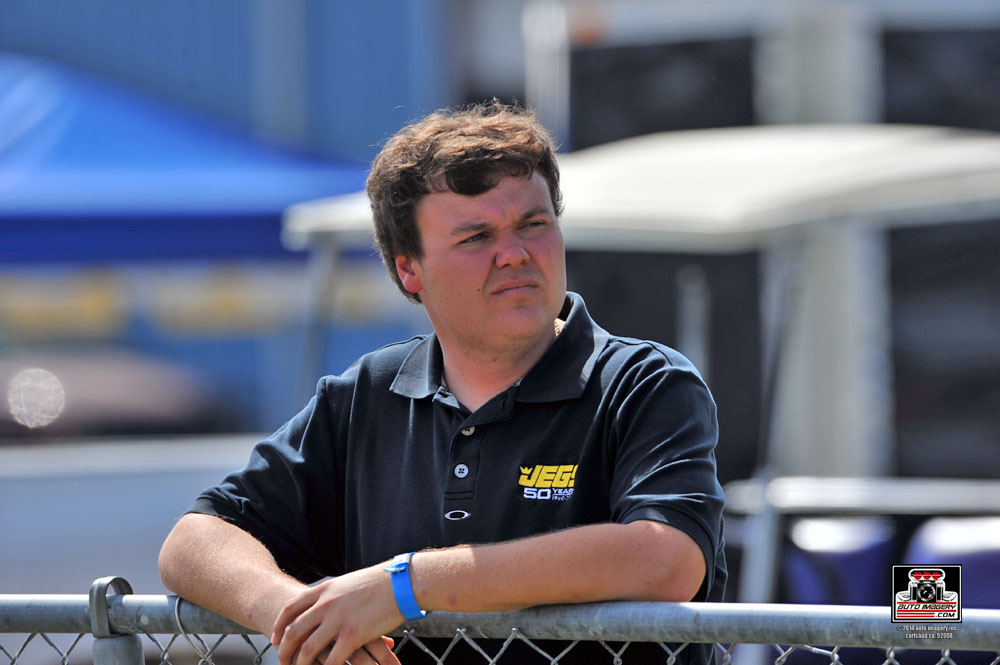 CHICAGO (June 8) — Troy Coughlin Jr. pulled double duty over the weekend at the Division 3 race at Route 66 Raceway in Joliet, Ill., and came away with a runner-up finish in Super Gas and a respectable semifinal result in Super Comp.

"We raced a lot of rounds and I got a bunch of seat time, so all-in-all it was a good weekend," said Coughlin, the son of multi-time world champion drag racer Troy Coughlin and grandson of straight-line legend Jeg Coughlin Sr. "We certainly wanted to get a win and we got pretty close. It just didn't quite happen this time.

"There was certainly no lack of effort with the JEGS.com team. Everyone executed really well and we probably got our share of lucky breaks along the way. We'll keep trying to get better, and that includes what I'm doing behind the wheel."

After seven rounds of action, the Super Gas finale against local favorite Luke Bogacki of Carterville, Ill., was very close as Bogacki wheeled his '63 Corvette to a 9.879 at 163.20 mph, narrowly defeating Coughlin's 9.878 at 165.31 mph in the JEGS.com '57 Corvette. The final margin of victory was .001 seconds.

Coughlin managed to go five rounds in his Super Comp dragster before bowing out to Philip Smida II, who turned in a 8.876 at 172.61 mph to Coughlin's 8.871 at 178.97 mph. The difference came down to the start, with Coughlin giving his counterpart a .015-second edge that cost him the win light by .005.

"Every race is close," Coughlin said. "It's so hard to win. We gave it our all and we're certainly not upset. We'll get back after it and try to win the next one."

This was the third of six Division 3 events. The next one occurs July 18-20 at Coughlin's home track, National Trail Raceway, just outside of Columbus, Ohio.