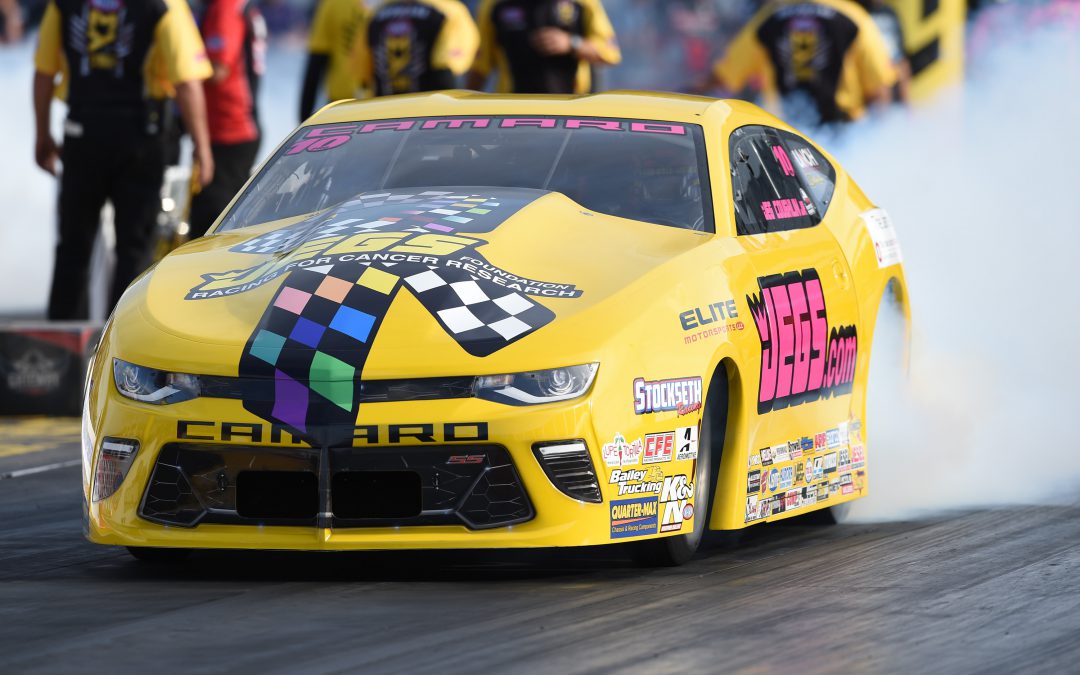 ST. LOUIS (Oct. 1) — After struggling with a car that refused to leave the starting line in a normal fashion in three of four qualifying sessions, Jeg Coughlin Jr. knew he needed a near-perfect run to beat first-round opponent Chris McGaha Sunday at the sixth annual AAA Insurance NHRA Midwest Nationals.

Unfortunately, although Coughlin and his JEGS.com/Elite Performance Chevrolet Camaro race team gave their best effort, they didn't quite have enough to win the race, with McGaha running a 6.542 at 211.93 mph to Coughlin's 6.576 at 210.64 mph.

"That wasn't what we had in mind," Coughlin said. "We were trying to pull data off of Q4 last night where we made a better run and just amp it up a bit from that. We really felt like to be competitive today we would have to run a .54 or .55 minimum. There's no question we've got better elapsed times and speeds in the set up but it's just not in the cards right now.

"We'll lick our wounds again here in Race 3 of the Countdown and put our focus toward Dallas in two weeks. Fortunately, we have a week off in between and I know the car's going to go back to Rick Jones Race Cars and they're going to do some modifications to the car that we feel should help. We are obviously going to do the same to Erica's car if time permits, which I believe it will."

Coughlin and crew will have a weekend off before heading to the Lone Star State for the 32nd annual AAA Texas NHRA Fallnationals, Oct. 13-15, at the Texas Motorplex south of Dallas.

"The beat goes on," he said "It's been an up and down, roller coaster year and our heads are high. We have a great team and great people. Unfortunately, the results are just not reflecting of the people.

"The driver felt great. Like I said yesterday, Sunday is game day and that's what we live for and usually I am much more relaxed and ready to go than on Friday and Saturdays for one reason or another. I felt confident that we could go out and run a .54 or .55 and the car was just lazy quite honestly. I let the clutch out and kinda hit the tire real hard and moseyed through low gear, it just wasn't real happy through first. I knew at that point we were relying on Chris to have some issues over there and slow. I saw his fender out there on me and we were just along for the ride at that point.