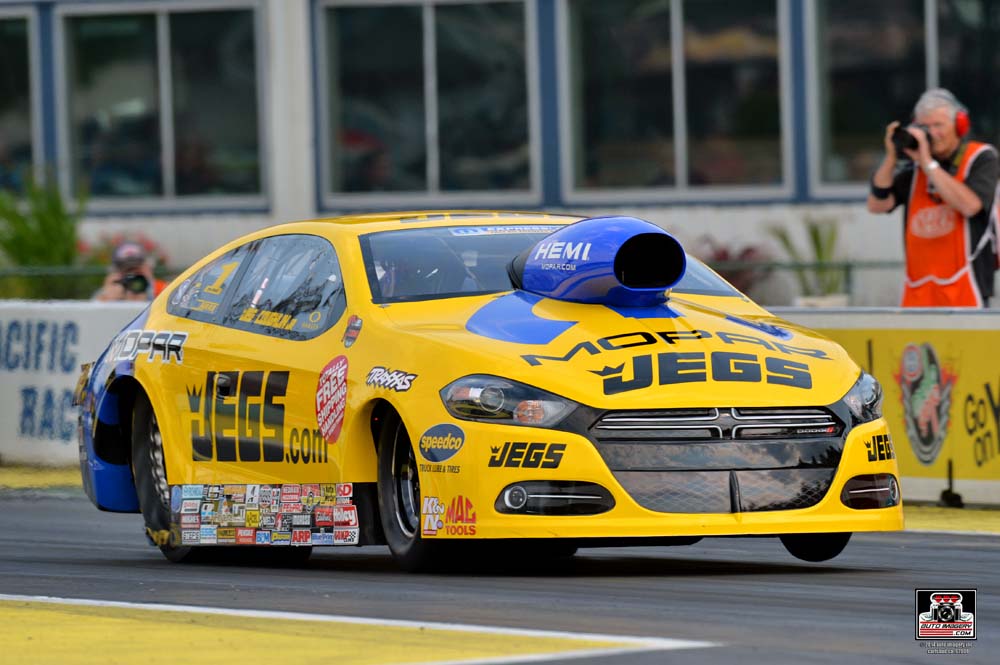 "We'll be sleepless until Brainerd, coming out of Seattle," Coughlin said.

After qualifying No. 4 in Seattle, Coughlin had high hopes for Sunday's eliminations, which started with a first-round win over Larry Morgan.

But Coughlin's Dodge Dart shook the tires hard off the line in the second round against Greg Anderson, so much so that the parachutes popped early, ending any chance at victory.

While J&J Racing teammate Allen Johnson qualified No. 1 and raced to the semifinals, Coughlin and his team were left scratching their heads.

"We came in wanting to try a few things early in the weekend," Coughlin said. "It looked like things were decent, but we pretty much made the car identical to Allen's going into Sunday. The cars are pretty similar, and we've run them pretty similar.

But Coughlin is confident that his team and crew chiefs Adam Hornberger and Mark Ingersoll will get his Dodge's tuneup better.

"We've got to write down on a piece of paper where this thing is set up at and compare that to something we know worked well," Coughlin said. "There's a glaring problem, and it's self-induced. It's not a car problem and not likely a horsepower problem. The car is doing what it's told to do, and right now, that's not what we want it to do."

Seattle may have been tough to swallow, but Coughlin knows the results can come. He's won twice this season in four final-round appearances and leaves Seattle fourth in the points standings.