Second cowboy hat will have to wait for five-time champ Jeg Coughlin Jr. 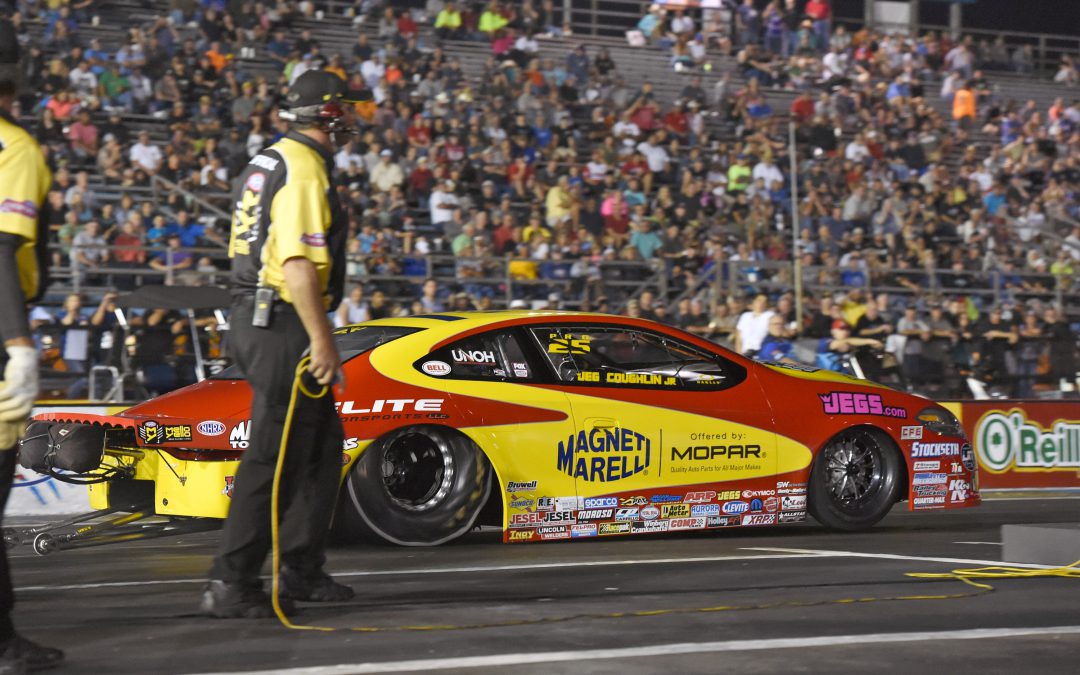 DALLAS (Oct. 16) — A second cowboy hat for five-time Pro Stock champion Jeg Coughlin Jr. will have to wait as the former Dallas winner fell in Sunday's first round of the 31st annual AAA Texas NHRA Fallnationals.

Each year, the professional class winners of this event are fitted with a custom cowboy hat, a gift that's become quite coveted by the racers. Coughlin already has one hat in his collection, which he collected after his 2002 victory at Texas Motorplex.

"We gave it all we had," Coughlin said. "Overnight the guys made some big changes with the motor and the set-up and it was definitely more lively that round. Unfortunately, we didn’t earn another cowboy hat but I did see those hat guys at driver intros and it brought back some great memories.

"Texas is a special state with great fans that appreciate what we do. We always have fun at the Dallas and Houston events. I just wish we could have performed a touch better, but we will not give up."

On this day, Coughlin and his Magneti Marelli offered by Mopar/JEGS.com Dodge Dart race team fell to Granbury, Texas resident Alex Laughlin. It was a decent race but at the top end Coughlin's 6.658 at 207.21 mph was bettered by Laughlin's 6.620 at 209.61 mph.

"I missed the tree a touch," Coughlin said, referencing his .048-second light. "A better reaction time would have made it closer. It felt like I hit it pretty good but numbers don't lie. Alex was .076 so we had a chance there but he got us at the top end, looked like by about two or three feet.

"The car moved around a little too, which cost us some ET. We'll just pick up the pieces, go over the data and get ready for Vegas and Pomona. We want to finish strong."

The NHRA tour takes a weekend off before the penultimate race of the 2016, the Toyota NHRA Nationals, Oct. 28-30, at The Strip at Las Vegas Motor Speedway.