Second in Pro Stock points, Coughlin only looking up in Arizona 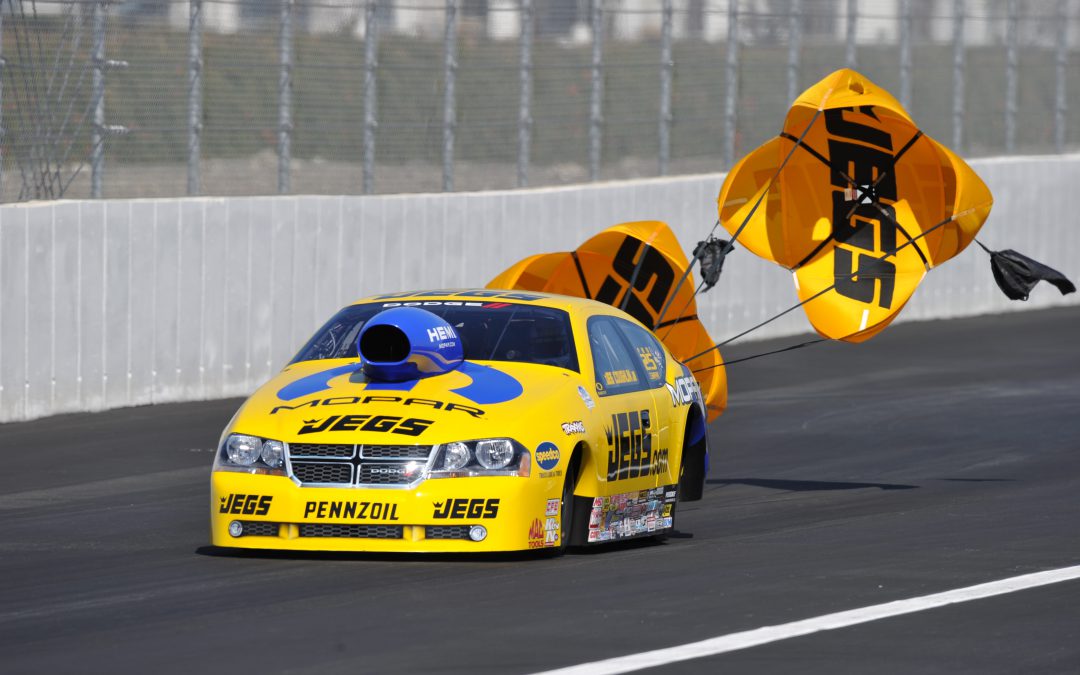 PHOENIX (Feb. 23) – Jeg Coughlin Jr. carried his momentum from a runner-up finish in the season opener last weekend to qualify the JEGS.com/Mopar Dodge Avenger in the No. 6 spot for Sunday's eliminations at the NHRA Arizona Nationals at Firebird International Raceway.

"The last six runs we made in Pomona were all competitive runs," Coughlin said. "That was our goal coming in here. We wanted to build off of Pomona and see how we did here."

Coughlin had a best lap of 6.544 seconds at 211.36 mph to land in the exact qualifying spot he went to the final round from a week ago.

"It's a good enough spot and worked out pretty good for us last time," Coughlin said. "It's supposed to be a little bit cooler tomorrow so we think it might come to us a little bit. I don't see us making a lot of changes."

Coughlin faces off against No. 11 qualifier Rodger Brogdon in the first round of eliminations. Brogdon's best pass was in 6.578 seconds at 210.70 mph.

It's the second race with Coughlin teamed up with defending Mello Yello Drag Racing Series Pro Stock champion Allen Johnson, and the five-time world champion said the extra set of data every round is already paying off.

"I've been running extremely well during the weekend and they looked at our data and decided to make a change on A.J.'s car," Coughlin said. "It was quite a bit different than the way we ran our car the first two round of qualifying this weekend.

"They said if this comes to light, we'll need to put this change in your car for Q4 – which we did because he ran real well this morning."

And running well translates to a ton of confidence behind the wheel and throughout the pit.

"Everybody is feeling really good on the team," Coughlin said. "I need to shake this cold I've got a little bit and I'll be right there with them. When you are putting down all these competitive runs it makes you really confident and you just get that much more honed in as a driver. I really hit the tree well my last three runs and I feel like I've got a good gameday setup."

The NHRA Arizona Nationals get under way at 11 a.m. PST on Sunday morning. ESPN2 will air the eliminations show Sunday night starting at 8 p.m. EST.