Second pro season draws to an end for Troy Coughlin Jr. with another first 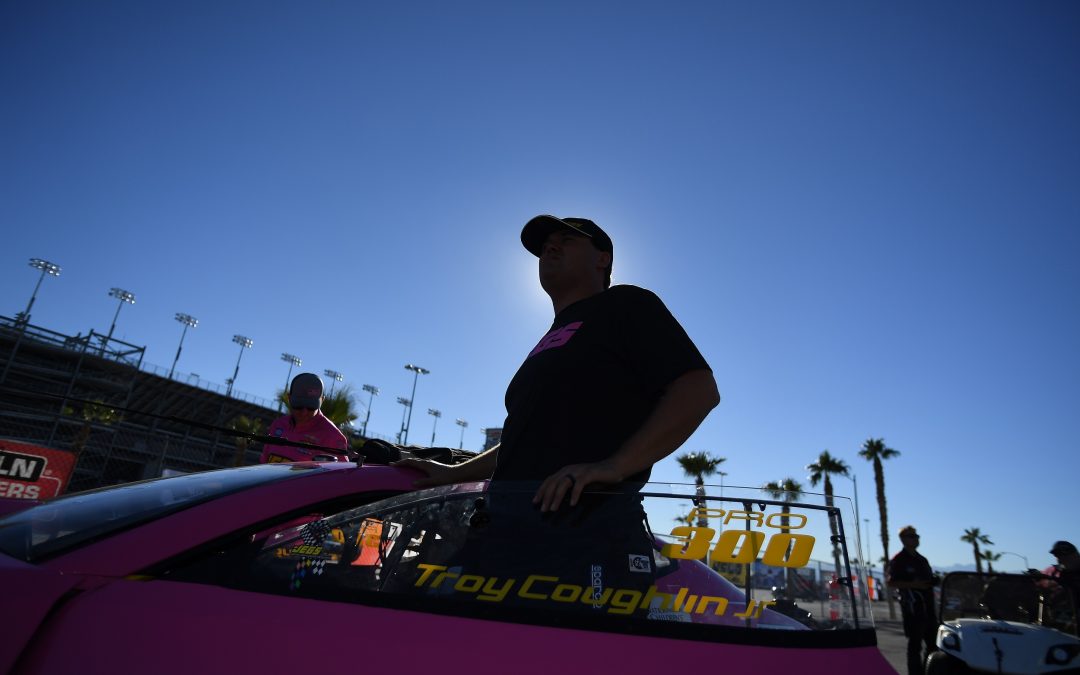 POMONA, Calif. (Nov. 8) — It may be Troy Coughlin Jr.’s second season as a professional drag racer but this weekend will be his first time competing at the historic Auto Club NHRA Finals.

Last year’s limited scheduled wiped the Finals off the schedule so this weekend’s race will be something new for Coughlin, the 31-year-old, third-generation driver from the famed Coughlin racing family.

“It’s definitely a huge honor for me to represent my family, JEGS Automotive, and everyone at Elite Motorsports at one of the most historic races and tracks we go to each year,” said Coughlin, the son of three-time world champion Troy Coughlin and grandson of hall-of-fame legend Jeg Coughlin. “Me and the guys are counting down the hours until we can get started. 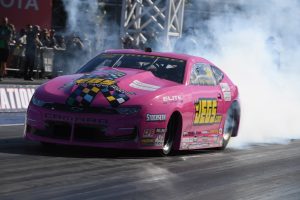 “The Finals are one of those almost-mythical drag races you grow up dreaming about. For a kid from Ohio, the Finals invoked thoughts of sunshine, a really cool So-Cal drag racing vibe, and the history of all the greats that have won there. Plus, it’s nearly always the place where championships are decided.

“If we can have a strong finish with our JEGS.com Elite Motorsports Chevrolet Camaro then I’ll be happy. It’s been such a fun season and I’ve learned so much. The time has absolutely flown by for me. I don’t want it to stop.”

It has been a very solid year for Coughlin, who is currently ranked fifth in the world. He was runner-up in Gainesville and was one of the final four drivers racing for the trophy at the Four-Wide NHRA Nationals in Charlotte. He’s also raced to five semifinals and was No. 1 qualifier in Topeka. Overall, his record in elimination rounds this year is 18-16. 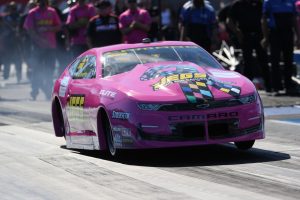 “All the credit in the world goes to my crew chief Mark Ingersoll and the rest of the crew — Steven Hurley, Eric Luzinski, Kyle Bates and Kelly Murphy,” Coughlin said. “it’s inspiring to watch them work and they have all been so supportive of me and what we’re doing as a team. I really want to deliver them a big finish as a way of saying thanks for all their work this year.”

Prior to the race, Coughlin will take to the links at Mountain View Golf Course to help raise money for the Racers For Christ ministry. The layout features a handful of holes that overlook the racetrack. He’ll also take a stroll through the Wally Parks NHRA Museum, located walking distance from the drag strip on the Fairgrounds.

“We’d love to finish in the top five and see our teammate Erica Enders win her fifth world title,” Coughlin said. “That would be the best-case scenario. I know we’ll be working together as a team to make it happen.”