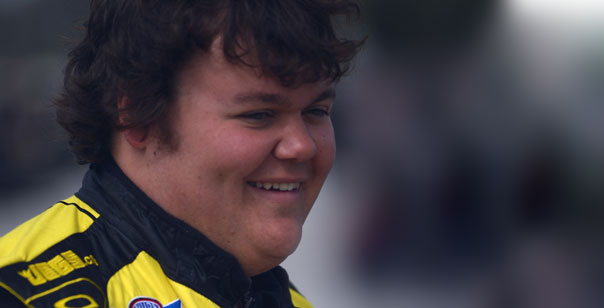 MONTGOMERY, Ala. (June 4) – Troy Coughlin Jr. took on the best drivers in E.T. bracket racing this past weekend at the CARS Protection Plus Mini Millions event at Montgomery Motorsports Park and once again, the third-generation Team JEGS racer was more than able to hold his own.

Coughlin drove his JEGS.com dragster to a strong semifinal finish during Thursday’s Gambler’s race and also posted a handful of other late-round finishes in the multi-day event.

"I feel like I drove well, and I won some rounds," Coughlin said. "I just couldn’t get enough momentum going to finish the deal and get a win. It’s a little frustrating to get close and not win but at the same time I always try to take some positives from each race and we were definitely able to do that this weekend. I was able to make a lot of runs and I learned quite a bit."

On Thursday, Coughlin reached the semifinal round and coupled a .026-second reaction time with a strong 4.728 on his 4.720 eighth-mile dial-in but that was not good enough to get the win as opponent Jesse Young was nearly perfect with a .009-reaction time and a 4.767 on his 4.75 dial. The difference between the two cars at the finish line was just eight-thousandths of a second.

"That’s not new," Coughlin said. "There is nothing more competitive than eighth-mile bracket racing and whenever you run one of these big races, you know that you’re going to be racing the best drivers in the country. You have to be just about perfect every run. Sometimes they just don’t go your way."

The CARS Protection Plus Mini Millions even is the brainchild of Million Dollar Drag Race promoter and veteran racer Randy Folk, along with his daughter Jennifer. The highlight of the weekend was a $50,000 race won by Dylan Stott, who defeated Jason Lynch in the final round.

The weekend’s other big winner was Rickie Jones, who cashed a pair of $20,000 checks for his victories on Friday and Sunday. Wayne Franks also claimed a $20,000 win on Thursday.

There is also a second Mini Millions event scheduled for August 16-18 at Piedmont Dragway in Greensboro, N.C., and Coughlin is planning to be there.

"Randy and Jenny did a great job with this race and I can’t wait to go back again in August," Coughlin said. "This series has a lot of potential for growth and I’m happy to support it. Hopefully, a lot of other racers will do the same."