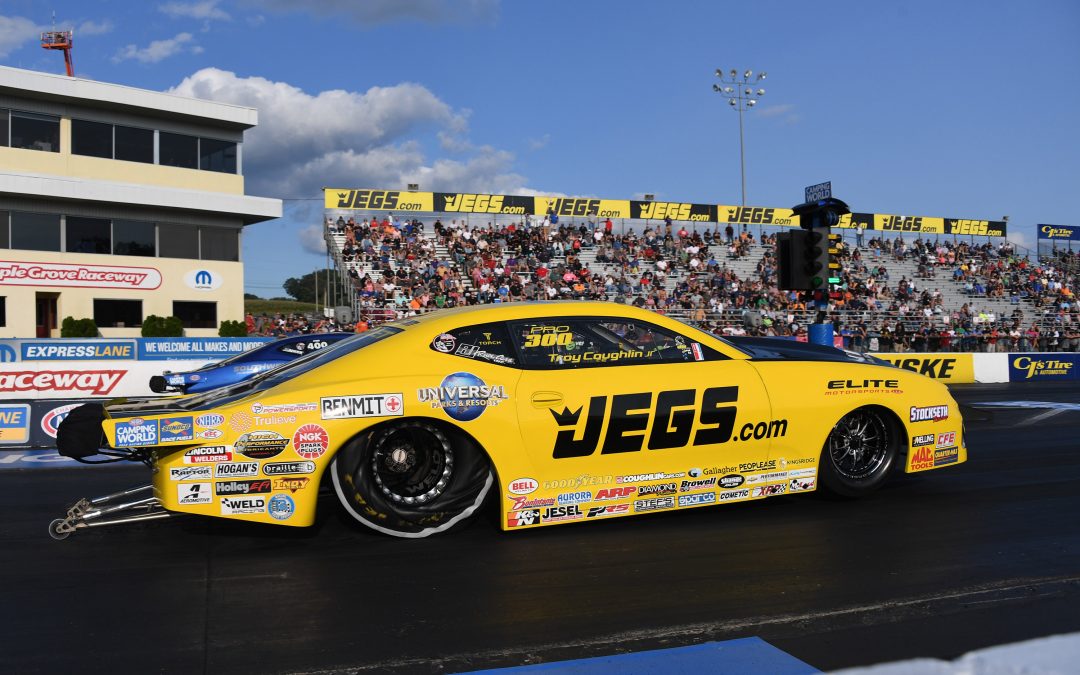 READING, Pa. (Sept. 12) — Sophomore Pro Stock driver Troy Coughlin Jr. posted a very solid weekend at the 36th annual Mopar NHRA Nationals to start the six-race Countdown to The Championship with some upward momentum. Coughlin made a modest move from seventh to sixth place with his semifinal finish, but due to earlier losses by some of his rivals, he now finds himself just 15 points out of third place. 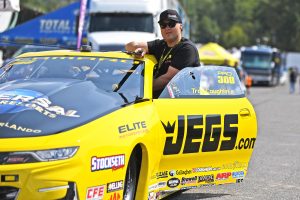 “It turned out to be a great weekend,” Coughlin said. “The guys had the JEGS.com Elite Motorsports Chevrolet Camaro running very strong and they certainly made the right adjustments for race day. The car was very fast. 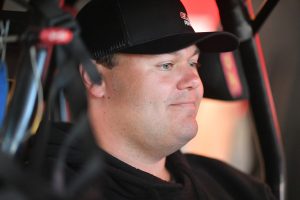 “It’s a fun time of year with the Countdown underway and it always a good feeling when you’re able to move up the standings. My crew chief, Mark Ingersoll, along with Kyle Bates, Eric Luzinski, Kelly Murphy and Steven Hurley, they know what needs to be done to put us in a position to make a run at the title. This Elite team has been doing exactly that for years.”

It could have been an even better weekend but Coughlin came up a few inches short in a super-close semifinal race against points leader and eventual race winner Greg Anderson, losing by just .001 seconds. Anderson’s win will go down as a holeshot, with his 6.614 at 208.01 mph bettering Coughlin’s 6.613 at 207.05 mph, due to the reaction time difference of .026 to .028. 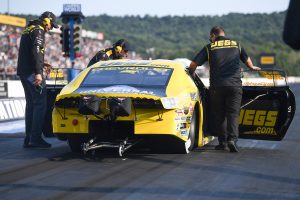 “We were glued together all the way down the track and it was impossible to tell who crossed the finish line first. I had to look up to see the light on the wall. It was very close. That would have been a nice one to get but, no regrets, we gave it our all.”

After qualifying sixth, Coughlin was certainly amped up for race day, with an average reaction time of .020 in three elimination rounds. It started with a “James Bond” launch of .007 seconds in Round 1 against Vincent Nobile, who shook his tires. Coughlin legged out a 6.588 at 206.76 mph anyway.

Then came the race against Anderson. 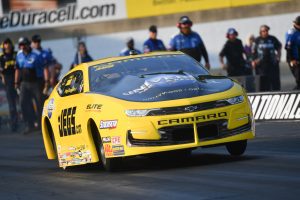 “I could have helped myself and my teammate Erica (Enders, who is second overall) at the same time, but Greg is a legend and he did what needed to be done,” Coughlin said. “But we’ll have another chance next weekend so we’ll focus on that and be ready to do it again.”

The tour moves directly to the DeWalt NHRA Carolina Nationals, to be held Sept. 17-19 at zMax Dragway in Concord, N.C.