Series champ Troy Coughlin upset in Round 1 of Norwalk race 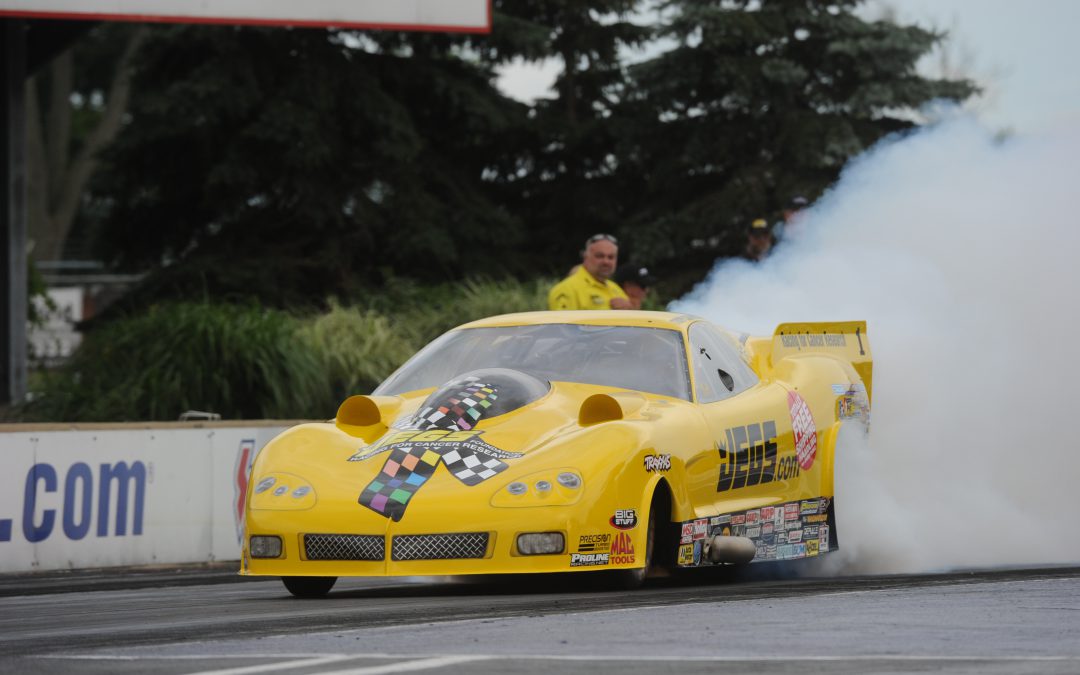 NORWALK, Ohio (July 7) – The roller-coaster season of JEGS.com driver Troy Coughlin continued in the Pro Mod race at Norwalk, when the defending series champion dropped a first-round race after a pedal-fest with lower-seeded racer Chip King.

"We're either racing and getting to the finals, or we're getting beat in the first round," said Coughlin, who sits second in the Pro Mod points standings. "We've not been beaten in the second round or the semis all year. What a roller coaster. But that's what Pro Mod is, I guess. It's a cool class; always has been."

That's because it's so unpredictable, just like his race with King. Coughlin qualified No. 3 and was one of the best cars on the property, while King qualified No. 14.

Coughlin had a big jump on King, too, leaving with an .044-second reaction time to King's .131. But Coughlin's Corvette broke the tires loose soon after the hit.

"The thing's been running good all weekend," Coughlin said. "We just got after it, trying to get it to run a little bit quicker.

"It drove out there and spun the tires just a little bit, probably 100 feet out. It hooked back up and pulled the front end up. I pedaled it twice, and generally, there's no winning after that. Once it comes up and goes back down and you pedal it, it's usually a mess."

But King was having traction issues, too, so Coughlin kept trying.

"I could see he was not very far in front of me, so I thought, 'Whatever it takes,'" Coughlin said. "We just ran out of race track."

"It's a shame, but we're still in a lot better shape than we were last year this time," Coughlin said. "We've still got lots of racing left, and we've got to win a few more rounds than Rickie (Smith), (Mike) Castellana and Kenny Lang, than all those guys. The points are tight, which is exciting."