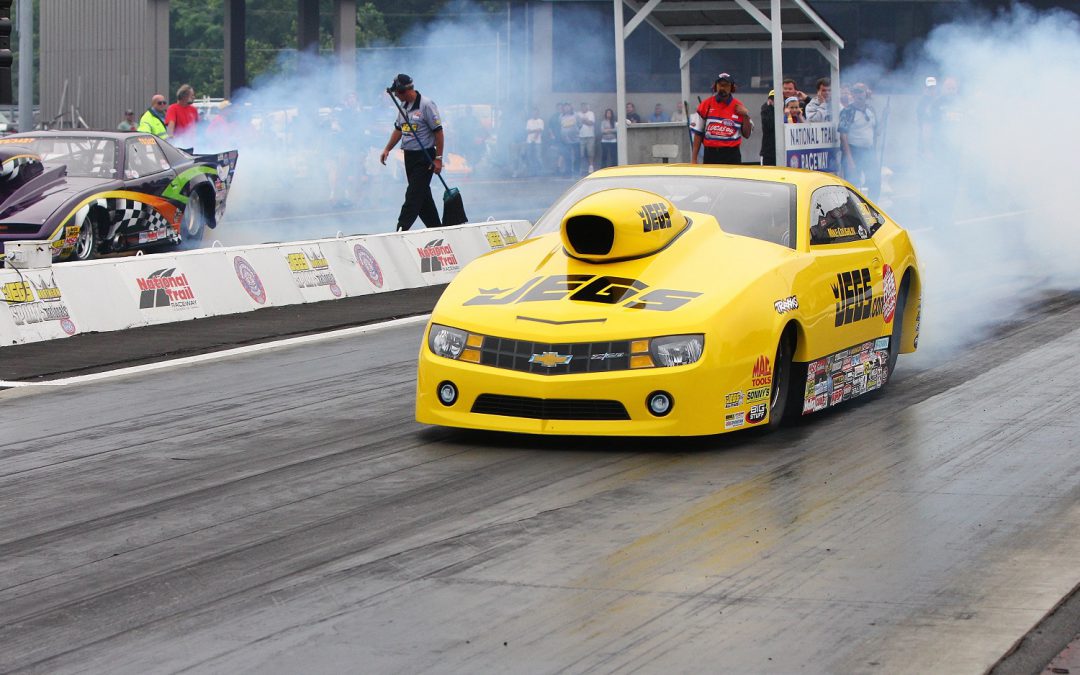 COLUMBUS, Ohio (Sept. 17) — The yellow and black of JEGS High Performance will be in full force for the JEGS NHRA Northern SPORTSnationals this weekend at National Trail Raceway.

Mike Coughlin will drive the JEGS.com Chevrolet Camaro in Top Sportsman, and T.J. Coughlin will be behind the wheel of JEGS.com cars in Super Gas and Super Comp.

In addition, three JEGS.com Jr. Dragsters will compete, with Mike's son Clay driving one and his cousins Paige and Kelly also competing. Paige and Kelly are T.J.'s younger sisters and the daughters of Troy Coughlin.

"The SPORTSnationals are going to be a blast," T.J. said. "We'll have a lot of kids there in their Jr. Dragsters. Our pit area is going to be a mob but it'll be fun. Family is the essence of drag racing. That's how it began and it's very family oriented, especially Sportsman racing."

The SPORTSnationals is one of the premier Sportsman events in the country, and the Coughlin family appreciates the opportunity to both sponsor the race as well as compete in it.

"It's one of the Sportsman racers' biggest races of the year," Mike said. "Doing a lot of Sportsman racing over the years, it's special to have the title rights to it. It's a big stage for Sportsman racers, and it's really enjoyable because that's what it focuses on. It's fun being a part of it."

Mike's son Jack drives a Jr. Dragster, too, but he'll be competing in a school golf tournament this weekend.

Still, the Coughlin family will be well-represented at National Trail, a track that is about an hour from JEGS headquarters in Delaware, Ohio.

"It's definitely exciting for us," Mike said. "We've got a band playing Friday night, so that will be fun. It's just a fun atmosphere and it's at National Trail, our home track. That's my favorite track, too, and I hope that plays into my favor. I know I've been down that track more than any other track in the country, and my guys do a good job of navigating it. It should be a good recipe."

The JEGS.com Sportsman program has excelled in 2014, with Mike and T.J. both winning national events — Mike in Norwalk, Ohio, and T.J. in Indianapolis. Both give credit to their crew: Justin Beaver, Greg Cody, Tony Collier, and Rick Rossiter.

"They pretty much run our Sportsman program," Mike said. "They maintain all the cars we have, and they do a really nice job."