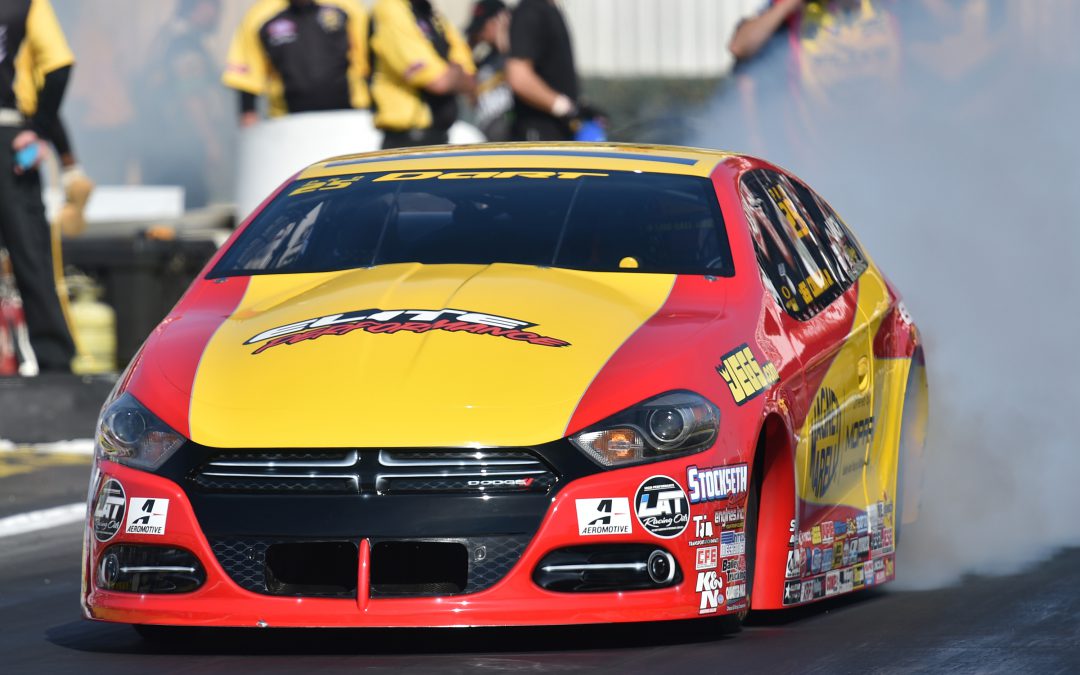 POMONA, Calif. (Feb. 13) — The early ballots are in and six-time world champion drag racer Jeg Coughlin Jr. and his legion of fans agree — the new look Pro Stock class is off to a great start.

With four rounds of qualifying in the books at the season-opening Circle K Winternationals, Coughlin and millions of NHRA drag racing fans around the world watching on FOX Sports 1 have finally had a chance to experience what Pro Stock cars with electronic fuel injection are going to look and feel like first hand, and Coughlin says, so far, so good.

"It's the future of the class, no doubt," Coughlin said. "This is much more like what factory cars look like and operate like and the response has been great. Personally, I enjoy the drive-ability of my Magneti Marelli offered by Mopar Dodge Dart GT. I think we all have lots of room for improvement and I'm anxious for the engine guys here at Elite Motorsports to really get a chance to go through these brand new HEMI engines, but all things considered, we're off to a great start."

As for the fans reaction to a Pro Stock car without the giant hood scoop that has dominated the look of cars for the past 30-plus years, Coughlin has gotten plenty of good feedback.

"NHRA has it's VIP membership hospitality right between my pit and my teammate Erica Enders' pit so they are right on top of the action as we work on the cars," he said. "It's been neat to gauge their reaction and so far it's been overwhelmingly positive.

"Car people know there hasn't been a carbureted vehicle rolling off the assembly line for several years so this change has been coming. Now it's here and everyone is intrigued, especially with the air induction system we have now. There's lots of flashbulbs popping whenever we take the hood off the car."

As for the performance of his racecar, Coughlin says that considering the seals weren't even dry on his HEMI powerplant when the race started, they are relatively pleased.

"I guess if we look at the happy side of things one of these Elite Dodges will be going to Round 2 for sure. Certainly, if we could plan it, we wouldn't want to race each other early in the day but it happens. Once we get things figured out a little better we should be further up the ladder and we won't have Round 1 showdowns."