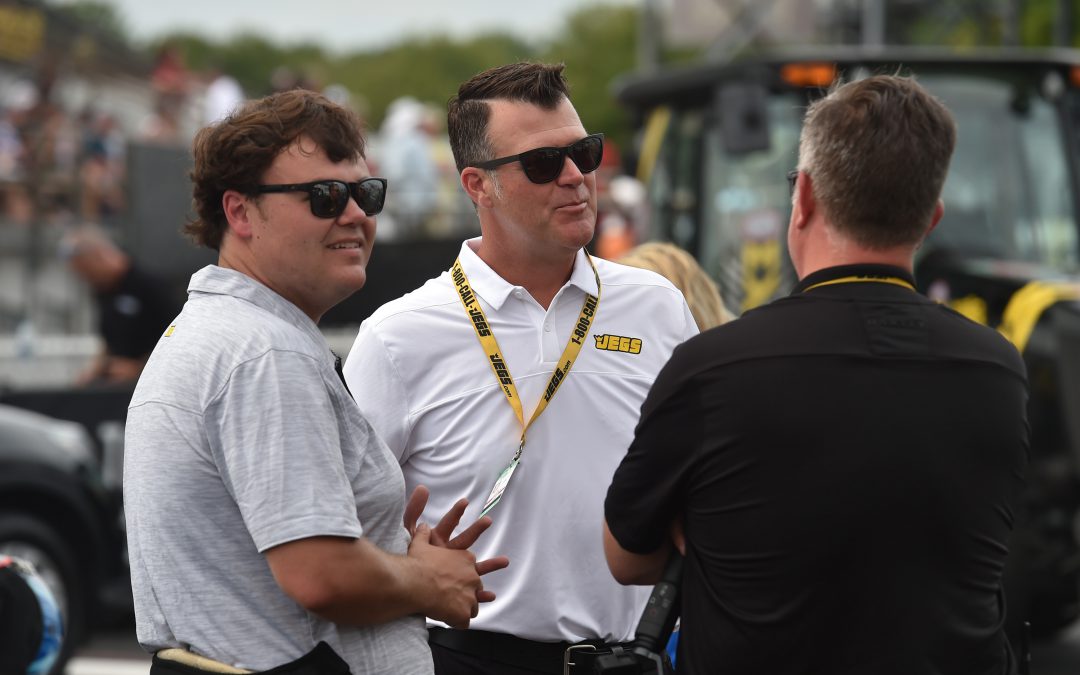 ORLANDO, Fla. (March 5) — The Team JEGS area of the Elite Motorsports pit at this weekend's Drag Illustrated World Doorslammer Nationals will be home to two drivers at very different places in their careers. On one side is five-time Pro Stock champion Jeg Coughlin Jr., winner of 64 NHRA national events in 449 starts. On the other is his nephew Troy Coughlin Jr., who will be competing in the factory hot rod class for the first time in his career.

"We are certainly poised for a very interesting weekend," Jeg Jr. said. "Racing with Troy and being here for his first Pro Stock start is a special moment in our family history. We're all expecting big things out of him and considering the success he's had in all the other classes he's raced, combined with the racecar Elite has prepared for him, he's someone that could really have a big race.

"My car has been a rocket-ship since the start of the season, with a pretty aggressive win at the season opener followed by another great outing in Phoenix where we were once again top qualifier, so we're excited about our chances also. Plus, my regular teammate Erica Enders ended up winning Phoenix so all-in-all the Elite team is on quite a roll."

It's a perfect race for Elite to shine as an organization and they have several cars entered. Headed by Richard Freeman, Elite Motorsports is the presenting sponsor of the World Doorslammer Nationals.

"This event has been a couple of years in the making with Richard and Drag Illustrated's Wes Buck collaborating on putting together a race with the largest single payout in Pro Stock history and they've done just that," Jeg Jr. said. "As such, we're sure to see all the big hitters there.

"Usually, most of us go and test before the Gatornationals in Gainesville (Fla.) but this year we get to race for $75,000 instead. That's pretty exciting."

The event, which will be held at Orlando Speed World Dragway, will feature one round of professional qualifying in both Pro Stock and Pro Mod at 6 p.m., Friday, followed by three more rounds at noon, 3 and 6 p.m., Saturday. Eliminations will begin at 11 a.m., Sunday. (All times listed are local.)

"What an honor to start my Pro Stock career at the biggest race that's ever happened," Troy Jr. said. "To have a chance to drive one of Richard Freeman's cars for Elite Motorsports and JEGS is beyond description. I'm so excited to have this level of support. This team has won so many championships and everyone is so professional. Elite is a top-level organization with the best crew guys and engine builders in the world.

"Being able to race with my mentor, a man who's taught me so much and continues to mentor me, is very special also. We've been fortunate enough to win a couple of Top Alcohol Dragster regional championships the last two years but there's something about Pro Stock that just feels right to me. I can't wait to get started."